Applications for the contest on this year’s theme: THE CITY OF LJUBLJANA IS GREEN FOR YOU. GET ACTIVE, GET FIT!, must be submitted by 15 of September 2016. Jury President will be Jason Romeyko, who has received the prestigious Golden Watch for the most awarded creative director of the Golden Drum Festival in 2015. He will be judging posters with four additional jury members: Tjaša Ficko, Deputy Mayor of Municipality of Ljubljana, Slovenia, Vasilije Čorluka, Executive Creative Director at Publicis One Macedonia, Catalin Dobre, Executive Creative Director at McCann Bucharest, Romania and Márton Jedlicska, Creative Director at Isobar, Budapest, Hungary. 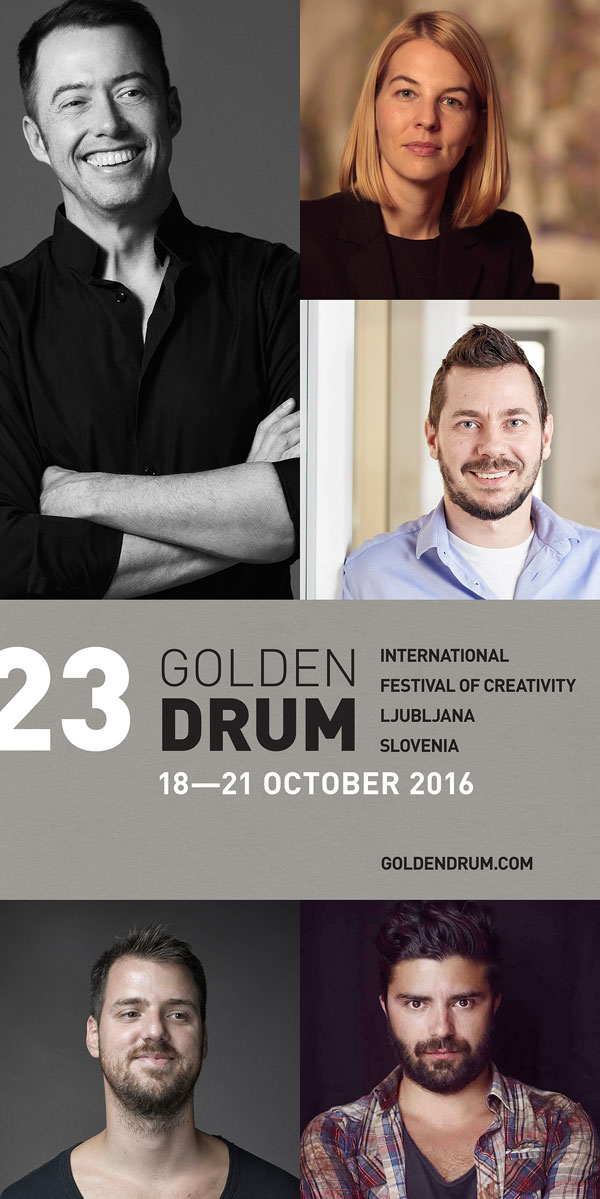 Off Drum Jury President is the recipient of numerous awards. This year he was awarded with 10 Cannes Lions, mostly for the Sea Hero Quest campaign, the world’s first mobile game, which helps scientists fight dementia. In 2015 he won impressive 9 Cannes Lions for Vangardist Magazine and The HIV+ Issue: “I just want to make great stuff happen. And that doesn’t just come from talent, you have to work harder than everyone else.”

More about the contest: //www.goldendrum.com/en/competition/off-drum-competition/.