After serving as a member of the same Jury last year, Pum comments: “I’m truly honored to be invited to be the Jury President for LIA Design and Package Design, and I’m thrilled to work with a team of distinguished judges from all over the world. It’s never been a more exciting time to be a designer, as our discipline is evolving at lightning speed and influencing virtually every segment of business. So let’s recognize and celebrate all the work that’s transforming our art and changing the world.” 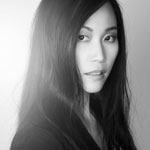 Pum oversees all creative work coming through Design Army’s doors, bringing a global sensibility to American design. Her work has earned an abundance of awards from D&AD, One Show and Art Directors Club, among other notable organizations. She has been chair of the One Show Design Jury, Design Jury President and keynote speaker at ADFEST, and a judge at Cannes Lions, D&AD and LIA.

Pum was a featured speaker for the 2015 Creative LIAisons program, which ran concurrently with the LIA judging. She was named by Graphic Design USA as one of the top 50 People to Watch, and was deemed a Rising Star by the Washington Business Journal’s Women Who Mean Business.

The LIA 2016 Entry System is now accepting entries. Judging will take place in Las Vegas from 6th October to 14th October. The shortlists will be announced as each judging session concludes, with Winners being announced 8th November. For more information on submissions and eligibility, please visit //www.liaawards.com/enter/eligibility/.