Tom Eymundson, CEO of Pirate Group, has been named as Jury President for the 2015 London International Awards (LIA). Eymundson will preside over the Radio & Audio jury. 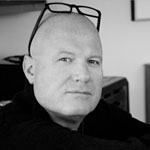 Tom comments: “As this year’s President, I’m looking forward to presiding over an esteemed jury, engaging in discussion on ideation, craft and innovation. It’s my responsibility to help mine to celebrate great radio and audio that not only resonates now, but shapes where we as an industry are heading in the future.”

He adds: “This years’ jury are some of the best in the business – they’ve heard it all. They’re tasked with cutting through the noise, debating the gems, and celebrating those that deserve to be heard. The one thing that I really love about the LIA Radio & Audio category is the intimate size of the jury – there’s no hiding behind a room of 20 other opinions. The jury size demands active participation by all. In fact, it’s ‘David’ size is responsible for the ‘Goliath’ discussions over the submitted works.”

Commenting on the how the category has evolved, Founding Creative Director of Eardrum and member of the 2014 Radio & Audio jury, Ralph van Dijk says: “This industry is no longer about making a one-off ad. It’s about starting and sustaining a movement. We’re finally removing radio and audio’s self-imposed straightjacket. The work we’re judging demonstrates a willingness to explore new time lengths, structures and concepts for ads and branded content. Not everything hits the mark, but at least we’re trying. Radio has two USPs. Firstly, nothing else gives us something to do while we’re doing something else. Secondly, no other medium gets you closer to your audience.”

Tom adds: “What makes great radio and audio hasn’t changed much – a compelling story that’s expertly crafted and precisely executed. What has evolved is our clever and strategic use of medium itself. Every day, people are bombarded with thousands of commercial messages. What makes radio unique and powerful is the way in which it engages people: it’s an intimate experience – there’s emotional connection, a relationship of sorts. As a result, radio advertising has a better chance of resonating then most other forms of advertising. It’s also one of the most cost effective ways to reach your audience when compared to other mediums.”

Tom defines ‘Radio & Audio’ as “an audio broadcast marketing message released in a commercial environment for public consumption”, and Ralph believes the category encompasses any marketing message that can reach any sized audience through their ears.

The LIA 2015 Entry System is now accepting entries. Judging will take place from 1st October to 10th October. The shortlists will be announced as each judging session concludes, with winners being announced 2nd November. For more information on submissions and eligibility please visit //www.liaawards.com/enter/eligibility/.