(New York, April 23, 2018) Since the inception of Creative LIAisons in 2012, LIA has been at the forefront of nurturing the next generation of creative talent. This year, in partnership with Gorilla Doctors, LIA has taken another positive step forward by initiating a global competition that is open to all creatives between the ages of 21 – 30 years.

This competition is FREE to enter and will be judged by top creative names in the industry from Advertising, Production and Digital together with representatives from Gorilla Doctors and the Creative LIAisons attendees. The winning work will be commissioned by Gorilla Doctors and will be produced professionally. On top of that, the winning team will win a once-in-a-lifetime experience to see the mountain gorillas in Rwanda, as well as, a ticket to Creative LIAisons 2019 in Las Vegas. 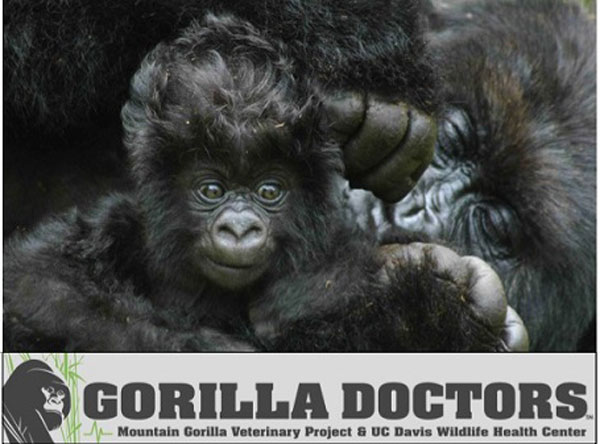 “Our focus has always been to invest in young talent. That’s why we started Creative LIAisons, as our way of giving back to the industry. When we learned of the plight of the mountain gorillas through our association with Gorilla Doctors, we felt that this was the perfect platform to galvanize young talent from all over the world to help save these gorillas through a competition to find the best idea”, elaborated Barbara Levy, President of LIA.

There are currently fewer than 900 mountain gorillas left on earth. Their numbers have dwindled to such a dangerously low level because of habitat loss, poaching and disease. But, thanks largely to the life-saving veterinary medicine and a One Health approach of a group of veterinarians known as Gorilla Doctors, their numbers are rising. These doctors operate across the gorilla territories of Rwanda, Uganda and the Democratic Republic of Congo.

“Mountain gorillas are the only great ape population in the world that is increasing, and 50% of that growth is due to the veterinary care of Gorilla Doctors. Gorilla Doctors hope to be able to do the same for the eastern lowland gorillas when unrest in their region settles down. We take a one health approach which is based on the understanding that the health of the gorillas is only possible when, their environment, other wildlife sharing the parks and the human populations with their domestic animals are healthy.” explained Dr. Mike Cranfield. “Through this competition we hope to expose the world to the plight of the gorillas and other highly endangered wildlife with a call to action to help our team and others save these animals from extinction.”

“We know that the name Gorilla Doctors is not familiar to most people. We want to challenge brilliant young minds and talent to build brand awareness for this very important yet low key organization,” Barbara Levy went on to say. “It’s not just about saving a species. It’s about saving mankind.”

The competition is now open for entries. For more information on how the enter and the read the brief, log on to https://www.liaawards.com/enter/gorilla_doctors/.