European auto jury AUTOBEST has voted Honda’s HR-V crossover as a finalist in the “Best Buy Car of Europe in 2016” award. HR-V will now progress to the final testing session at Navak proving ground in Belgrade, Serbia, to compete against four other finalists. This is the first time the Japanese brand has secured a place as a finalist. 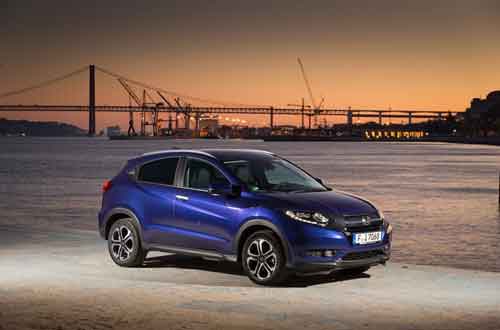 The AUTOBEST organisation is composed of 26 of the most influential motoring writers from across Europe. The award seeks to recognise the new car that represents the best overall offer for a broad range of European customers. Areas of particular importance to the jury include competitive pricing, flexibility, design, connectivity and the availability of spare parts and service items. To be eligible, vehicles must be available from less than €20,000.

The nomination is the latest news in a successful launch year for Honda’s new crossover. Earlier in 2015, HR-V was voted most anticipated car of the year by readers of the UK’s What Car? magazine. After just six weeks on sale across Europe, Honda has received over 6,000 confirmed customer orders after six weeks on sale.

AUTOBEST Founder and Chairman, Dan Vardie, said, “The new HR-V impressed jurors with its interior versatility, new design and technology features. The jury look forward to putting the car through its paces in Belgrade in November.”