24th International Festival of Creativity Golden Drum, which will take place from 18 to 20 October 2017 at the Grand Hotel Union in the centre of Ljubljana, Slovenia, has accepted a high amount of submitted entries. Regardless of the economic and socio-political situation in the 38 countries participating in the competition, more than 1000 creative works compete for the prestigious Golden Drum Awards.

The City of Ljubljana and the Golden Drum Festival invited young creatives to take part in the traditional Young Drummers Competition. Young creatives focused on strengthening city’s brand on the topic: Ljubljana – The City to Experience Culture and Art. 112 posters have been submitted. 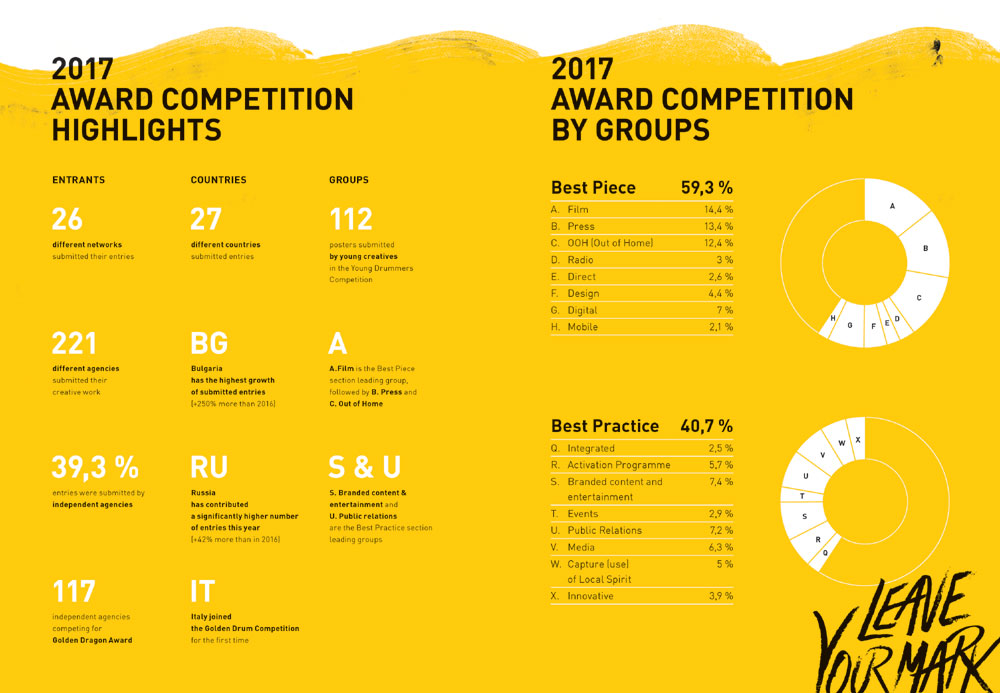 27 different countries and 26 different agency networks submitted their entries and 117 independent agencies will compete for the Golden Dragon Award.

Bulgaria is the country with the highest growth of submitted entries (250% more than last year). From the 27 countries competing this year, Russia submitted the most entries (20,8% of all works), that being 42% more than last year. The second biggest country entering the competition is Turkey (14, 1% of all works). This year also Italy joined the Golden Drum Competition.

We will find out who will step on the Grand Stage and raise their hard-earned Golden Drum Award high in the air on Friday, 20 October 2017. The Golden Drum Grand Award Ceremony will start at 20.00.