“Welcome to The 11th Romanian Film Festival: BREAKING NEW GROUND! We bring you new releases, rare classics, talented artists, and hot debates with film experts and critics, from Romania to the UK. Special events, galas and conversations complement the screenings, continuing the tradition of the festival as a joyful celebration of Romanian cinema. Award-winning filmmakers and actors will join the festival to enter into a dialogue with their audiences.
We’re very proud to share our festival trailer: //vimeo.com/rofilmfest/rfftrailer2014.

The RFF is an 11 year old brand which reflects tradition and also offers a circle of strongly motivated audiences. When it took off in 2003 the Romanian New Wave cinema was about to take off at the same time, highlighting remarkable actors and young directors. Supported and inspired by these sparkling new talents, the Festival went from strength to strength.

We are an independent organisation, a small group of passionate and dedicated individuals committed to providing an amazing display of Romanian films in the UK. RFF is a not- for-profit enterprise, functioning with the help of grants and sponsorship from our numerous friends and supporters.

The Romanian Film Festival aims to reach an important audience eager to celebrate Romanian achievements. In 2014 we are, once again, Breaking New Ground when the London display will be followed, for the first time, by screenings outside the capital, in Liverpool and Edinburgh.” – Ramona Mitrica and Mike Phillips, Profusion directors 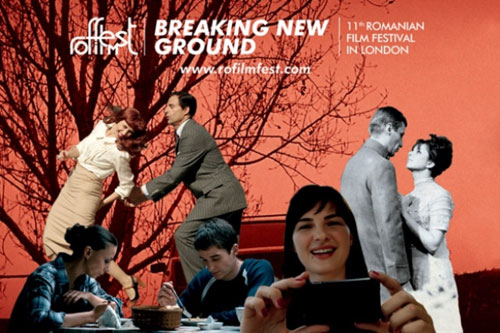 “The Romanian Film Festival in London is already a national brand. It promotes outstanding products the new wave of Romanian film industry has developed over the past 20 years.

I am confident that the presence of Romanian films on London’s screens, in such a demanding and competitive cultural environment, is an added value to the international cultural map and to Romania’s prestige.” – Dr Ion Jinga, Ambassador of Romania

“The Romanian Film Festival presents all Londoners with a fantastic opportunity to familiarise themselves with the cinematic offerings of a great many Romanian auteurs, as well as partake in other film-related activities that showcase Romania’s silver screen.

It is my hope that this festival, which takes place from 13 to 16 November, will quickly establish itself alongside the other film seasons that are now part of the capital’s cinematic calendar.” – Boris Johnson, Mayor of London