Breaking cover at Honda of the UK Manufacturing (HUM) to a high-energy fanfare of lights and music, the first three models arrived in patriotic red, white and blue respectively as they left the line heading to Honda dealerships across Europe.

Addressing those gathered for the event, Soichiro Takizawa, Managing Director at HUM, took the opportunity to thank staff for their continued commitment and hard work, expressing the shared pride felt by all at HUM in seeing the all-new British-built Civic Type R in the metal. 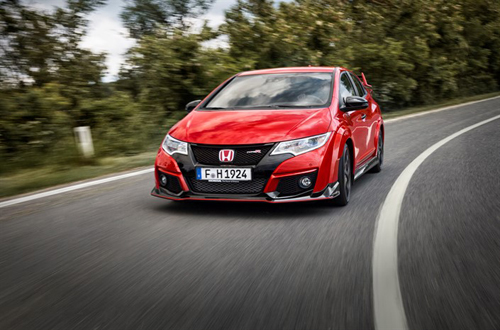 The ceremony topped a very positive few months for HUM, following an announcement in March confirming that it will become the global production hub for Honda’s flagship Civic five door model, extending its reach beyond European shores. Reflecting this achievement in his address to those attending, Mr Takizawa spoke of renewed optimism for the plant – regarding it as a major milestone and testament to the knowledge and experience of staff who have been building Civics at the plant for more than twenty years.

Mr Takizawa commented: “The new Civic Type R is an imperative model for Honda, representing our racing spirit and demonstrating our commitment to innovation and passion. We are extremely proud to be the only manufacturer of the Civic Type R in the world. Our high standards have earned us this privilege and this is testament to the continued commitment of our Associates.” 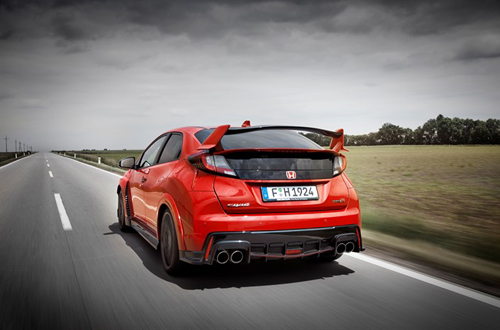 Billed as a ‘Race car for the road’, the new Honda Civic Type R is the most extreme and high-performing model to ever wear the acclaimed ‘Red H’ badge. With a high-revving all-new two litre VTEC TURBO engine, advanced new suspension systems, stand-out function-led styling and a new +R track mode it is set to bring new standards to Europe’s high-performance front-wheel drive hatchback segment. Peak power output is 306BHP, with the engine red-lining at 7,000rpm, delivering a class-leading top speed of 167mph.

The new Honda Civic Type R will be built exclusively for Europe at HUM. The announcement made in March that HUM will become the global production hub for the Civic five door model will see a further investment of £200million for the plant, bringing total investment to £2.2billion since 1985, and confirming Honda’s long-term commitment to manufacturing in the UK and Europe.