The New ASIMO has travelled to Italy this week to appear in the opening ceremony of Futuro Remoto, the largest science festival in Southern Italy. During the ceremony ASIMO met Prof. Bruno Siciliano, Professor of Automatic Control at Naples University and Prof. Oussama Khatib, Professor of Computer Science at Stanford University, on stage.

This is the second time the latest version of Honda’s humanoid robot has been to Italy in less than 20 days, it having recently made its Italian debut at the Genoa Science Festival on the 21st October.

For the first time since the festival started 23 years ago, the theme focused on robotics. ASIMO, world’s most advanced humanoid robot, was therefore the ideal ‘guest’ to open the proceedings.

After the opening ceremony ASIMO appeared in a show lasting 25 minutes, allowing the guests to see its range of cutting-edge abilities and the latest advances in the field of humanoid robotics first hand. This included ASIMO’s ability to run, climb stairs, give and receive objects and interact with people.

ASIMO acted as a high profile example of Honda’s dedication to innovative and cutting edge research in the field of robotics, and also illustrated the type of robotic technology that might be commonplace in our society in 10 to 20 years time.

The Futuro Remoto science festival, which attracts 200,000 visitors across 20 days, showcases the latest scientific research and technology in the robotics field. Activities at the festival include: artistic shows, conferences, musical and theatrical performances, sporting competitions and a cinema showing films featuring robots. It runs from 20th of November to the 8th of December and is held at the Citta della Scienza in Naples. 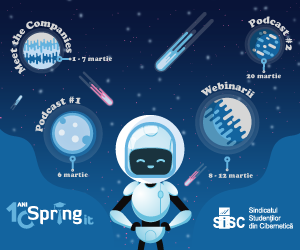