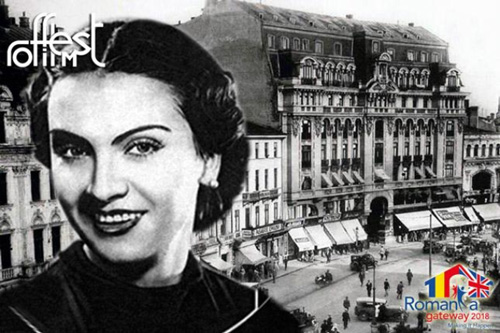 “Maria Tanase is not just a portrait of the famous singer, but also an appraisal of a world left behind, a world in which she’s known and loved. Personalities, friends, relatives, even her driver… they all try to resurrect, from words and from the few images we still have, the face and spirit of the woman who was called the ‘nightingale of folkloric song’. But they are old, poor, and almost forgotten and the reality around them is completely different. The world of Maria Tanase, their world, is no more. The only thing that exists is a dynamic, aggressive and oftentimes vulgar world.” – Laurentiu Damian

Laurentiu Damian graduated from The National University of Theatre and Film “I.L Caragiale” (UNATC), in screenwriting and direction. Afterwards he specialised in documentary and TV films in Romania and abroad. At the present time, he is a professor doctor of UNATC; and he also leads the International Relations department of the University. Laurentiu Damian is the author of more than 600 articles in specialised magazines on the subject of the cinema history and aesthetics. He also directed more than 100 documentary films, short films and features, as well as experimental cinema, for which he has received important awards. One of his best known films is Constantin Brancusi. His column – a lesson about infinity (prize winner in Montreal). Laurentiu Damian was a presenter for the TVR Cultural show Romanian film – generations, poetics, auteurs. Laurentiu Damian teaches film direction and screenwriting, and is a PhD course leader. In October 2011, he started a new show dedicated to Romanian documentary film: About documentaries… something more, a show about generations of film-makers, films of reference, and the history of a genre with strong roots in Romania. In the autumn of 2013, he began a new series of art-house cinema, on the TVR 2 channel.

You can listen to Maria Tanase sing in this video montage: //www.youtube.com/watch?v=CCal1WeT94g.

Radu Gabrea builds a history of the city in the first half of the 20th century, an intelligently built documentary film, with many humorous touches and original sequences which recall the film-maker’s love for his country’s capital, as well as the good knowledge of the rules of the genre. The sequences show the beginnings of cinema in Romania, among them, a parade with King Carol I, official visits, or merely pedestrians walking in the street. These preface narratives through which the viewer also discovers the life of small merchants, as well as images of poverty in the heart of a city of many great fortunes. However, social polarisation is not a theme that defines the film. The director also uses successfully an anonymous jewel: a suite of sequences filmed by a passionate amateur.

Radu Gabrea is a director and writer, known for feature films such as The Beheaded Rooster (2007), Red Gloves (2010) and A Man Like Eva (1984), as well as a for numerous documentary films. His debut came in 1969 with the feature Too Little for Such a Big War. In 1970, he directed the first Romanian TV series, The Chase. His next feature, Beyond the Sands (1973), was banned by the censorship. Following this, Radu Gabrea migrated to Germany. In 1997, he was appointed as head of the National Office for Cinematography, where he stayed until 1999. One of Romania’s leading veteran filmmakers, Radu Gabrea’s four-decade career spans more than 20 features and documentaries, many of them examining Romania’s communist history and the political and social challenges facing Jewish culture in central Europe.

“Hello, everyone. The Romanian Film Festival is back! BREAKING NEW GROUND! We bring you new releases, rare classics, talented artists, and hot debates with film experts and critics, from Romania to the UK. Special events, galas and conversations complement the screenings, continuing the tradition of the festival as a joyful celebration of Romanian cinema. Award-winning filmmakers and actors will join the festival to enter into a dialogue with their audiences.

The RFF is an 11 year old brand which reflects tradition and also offers a circle of strongly motivated audiences. When it took off in 2003 the Romanian New Wave cinema was about to take off at the same time, highlighting remarkable actors and young directors. Supported and inspired by these sparkling new talents, the Festival went from strength to strength.

We are an independent organisation, a small group of passionate and dedicated individuals committed to providing an amazing display of Romanian films in the UK. RFF is a not- for-profit enterprise, functioning with the help of grants and sponsorship from our numerous friends and supporters.

The Romanian Film Festival aims to reach an important audience eager to celebrate Romanian achievements. In 2014 we are, once again, Breaking New Ground when the London display will be followed, for the first time, by screenings outside the capital, in Liverpool and Edinburgh.”