Taras Wayner, Executive Creative Director of R/GA NY, has been announced as a speaker at the London International Awards 2015 Creative LIAisons program.

Wayner comments: "I’m excited to speak at the Creative LIAisons. The series has become an invaluable way for young people in the business to hear first-hand the changes going on in the industry as well as the frameworks being created in order to create work, build teams and evolve a company in the connected age.” 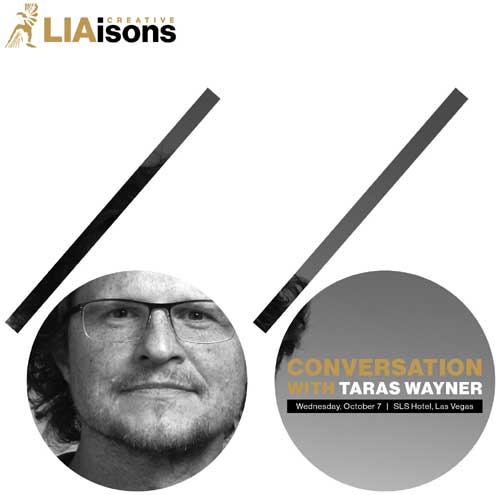 As Executive Creative Director of R/GA’s NY office, Wayner works across all clients and focuses on maintaining R/GA’s world-class creative as well as merging the company’s campaign efforts with its services, product development and business transformation capabilities.

Prior to R/GA, Wayner worked as a creative director at Berlin Cameron United and Y&R. While at Y&R, he led initiatives for Sony and the NFL. His NFL work included a campaign to promote the playoffs featuring actor Don Cheadle. The spots represented a major shift in how the NFL markets itself, helping to reverse a steady decline in playoff viewership and generating record-high ratings for the league. In addition, the ad “Crazy” was voted one of the best Super Bowl ads of all time.

Wayner worked at Cliff Freeman & Partners on Coca-Cola, Fanta, Staples, Church’s Chicken and Fox Sports. The Fox Sports campaign contributed to the successful launch of the Fox Sports Net cable channel and was honored with a Grand Prix at Cannes and inclusion in the Clio Hall of Fame.

Wayner is set to speak to the more than 100 young creatives attending the fourth annual Creative LIAisons program. Creative LIAisons (formerly known as ‘Creative Conversations’) runs concurrently with the LIA judging in Las Vegas and is LIA’s way of giving back to the industry. This mentoring program is fully funded by LIA, encompassing travel, accommodations, rewarding speaker presentations, a peek into the statue deliberations and various networking opportunities with jurors and speakers in a relaxed social setting.