· In 2010, I set Honda’s "Direction for the next 10 years" which is "to provide good products to our customers with speed, affordability and low CO2 emissions." Since then, we have been devoting our full efforts in leveraging Honda’s unique technologies, ideas and ingenuity to create attractive products that please our customers who purchased such products. In addition, as a manufacturer of personal mobility products, we have been proactively executing various initiatives which contribute to a significant reduction of CO2 emissions.
· In 2011, we were forced to deal with the unprecedented appreciation of the yen and the temporary suspension of production around the world and the shortage of electricity due to the impact of the Great East Japan Earthquake and the flooding in Thailand. However, thanks to the cooperation of our suppliers, business partners, and the efforts of Honda associates, we achieved a speedy recovery and as of today we are ready to make a counterattack.
· Since its foundation, Honda has been delivering various products with a passion to use technology to make

· By leveraging the advantages of being the world’s top motorcycle manufacturer, Honda will provide joys, fun and convenience to more customers. In FY2017 (fiscal year ending March 31, 2017), Honda will strive to achieve worldwide motorcycle sales of more than 25 million units.
· The motorcycle business is the origin of Honda, and its history tracks back to the production and sales of auxiliary bicycle engines when the main means of transportation in people’s daily lives was a bicycle. In 1949, Honda introduced its first mass-production motorcycle product, the Dream D-type. From there, Honda has been continuously introducing a number of useful products including the Super Cub Series, which became the global best seller. Meanwhile, Honda had a global viewpoint from a very early stage and took on challenges for technological innovations. Participation in the Isle of Man TT Race since 1959 was one such challenge. Honda has experienced various difficulties in the past including the Asian currency crisis, hyperinflation and the rise in manufacturers of counterfeit products. However, even in the midst of such difficult times, Honda sustained its business with tenacity taking necessary actions such as strengthening local operations and global sourcing. As a result, Honda grew to become a motorcycle brand loved by customers around the world, producing a wide range of products in 29 production plants in 21 countries around the world and delivering the joys to more than 15 million customers annually. The know-how and established brand name earned through the early globalization of motorcycle business are contributing largely to Honda’s global operations of power products and automobile businesses.
· Using further growth in emerging markets, where continuous expansion is expected, as a driving force, Honda will continue to be proactive in evolving its motorcycle business. In India, Honda will strive to further grow its motorcycle business through introduction of highly-competitive models in the 100cc segment, which is the largest segment in the motorcycle market in India, and through the start of production at the third plant in India which is scheduled to be operational in the first half of 2013. In Indonesia and Vietnam, Honda will lead the market by offering an attractive product lineup including scooter models, which have been extremely popular in these markets. In China and Thailand, Honda will continue evolving strong business in each market, while continuing the growth of the operation as the base for the global supply of parts and finished motorcycle products for other regions. In Brazil, where Honda has been growing its business along with the growth of the marketplace since the start of production in 1976, Honda will strengthen sales of medium and large-sized motorcycle models in addition to maintaining strong sales of key products such as the CG125 and CG150. Honda will continue leveraging its global production and sourcing capabilities, further advance its brand and technological strengths and create more joys by offering a broader product lineup to our customers.
· Honda will begin entering into new growth markets in Africa and South America. Further advancing Honda’s approach to local production – "start small, grow big" — Honda will put down its roots in small markets in an early stage of their growth and provide local customers with strategic models which take advantage of Honda’s global resources.
· In the area of large-sized motorcycles, following the New Mid Series, Honda will introduce a series of large-sized models with a new concept, which enable customers to more easily enjoy daily commuting and weekend touring. This stylish new series will be equipped with a "torqueful" engine, low seat height which increases the ease of handling, and a comfortable ride with high stability in maneuvering. The production of the first model in this new series will begin in February 2013 at Kumamoto Factory, Honda’s global motorcycle production operation, and sales will begin from North America.
· With the best and brightest gathered from Europe, South America, the U.S. and Japan, together as one "works" team, Honda is getting ready for participation in the Dakar Rally in January 2013, for the first time in 24 years. The prototype machine, which is being developed based on the CRF450X, has been demonstrating high fighting performance on rough road surfaces such as the desert and rocky hills in various tests on engine performance, endurance and long-distance riding. In October 2012, this machine will be put in actual racing in the Morocco Rally to further refine its fighting capability. Honda will strive to win in the Dakar Rally from the first year of returning to the Rally.
· Since its market introduction in 1987, the RC30(VFR750R) super sports bike has been loved by a large number of fans. With a goal to create a new history, passionate Honda engineers have gotten together and have begun development of a new super sports bike to which new technologies from MotoGP machines will be applied.

· Honda power products business began in 1953 with the introduction of an engine for agricultural equipment, which embodied Honda’s passion to make working people happy through its technologies. Since then, Honda has doggedly pursued human-friendly and environmentally-responsible technologies and the delivery of useful "power" for every situation of people’s life stages including generators, tillers, lawn mowers, snow throwers and outboard engines. Additionally, Honda will evolve a new product development approach which involves electromotive and intelligence technologies. At the same time, Honda will put more focus on a cogeneration unit, which Honda positions as the core of energy creation technologies of the future. In FY2017 (fiscal year ending March 31, 2017), Honda will strive to achieve worldwide power products sales of more than 8 million units and bring smiles to the faces of more customers.
· In order to fulfill customer needs, which increased especially after the Great East Japan Earthquake, Honda developed a new household gas engine cogeneration unit which operates autonomously even during a power outage. Combined with a hot water supply and heating unit, this new cogeneration unit is scheduled to go on sale this fall through gas companies as a new lineup of the ECOWILL brand.
· Moreover, Honda began development of a household SOFC (Solid Oxide Fuel Cell) cogeneration unit in collaboration with NGK SPARK PLUG CO., LTD. Striving to achieve the world’s top-level power generation efficiency for a SOFC-powered cogeneration unit, Honda will begin verification of the system using a demonstration test house featuring the Honda Smart Home System (HSHS).
· As a part of its effort to further reduce CO2 emissions in people’s everyday lives including mobility, Honda has been participating in the E-KIZUNA Project run by the city of Saitama. Honda is currently conducting demonstration testing of HSHS using two HSHS-equipped houses. The construction of a third HSHS-equipped house is scheduled to be completed before the end of FY 2014 (fiscal year ending March 31, 2014). When the third house becomes operational, Honda will work together with Toshiba Corporation to link all three houses and conduct demonstration testing of energy management within the community, contributing also to the city of Saitama’s plans to become an environmentally-responsible futuristic city. Honda will continue making progress toward the market introduction in 2015 of the Honda Smart Home System, which proposes the optimal energy management for individual households.
· In addition to continuing to provide engine-equipped products, Honda will take on new challenges to expand and increase the level of other new offerings that only Honda can realize or where Honda technologies can be useful to people.

· Honda’s telematics service, HondaLink, is designed to connect vehicles, people and society to realize a safe and enjoyable mobility society with low CO2 emissions. Honda will evolve HondaLink to more than 60 countries around the world before the end of FY2014 (fiscal year ending March 31, 2014). Moreover, Honda will continue its proactive commitment in various areas such as the expansion of robotics technologies including ASIMO technologies, contributing to child development and promoting traffic safety. Honda would like to continue growing while highlighting what makes Honda unique in order to further expand the joys for our customers and society. 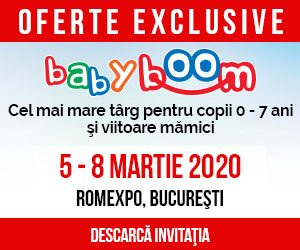