The 30th LIA judging was held at the SLS Hotel in Las Vegas, convening over a ten-day period. The juries, led by their respective Jury Presidents, viewed and scored every entry within their medium, ensuring that all the work was judged equally. They concluded with final discussions to determine Grand LIAs, Statue Winners and Finalists.

Barbara Levy, President of LIA, commented, “It is an honour to win a LIA Statue, as the jury is comprised of the world’s top advertising, production and design creatives. Some of the juries include Mark Tutssel, Amir Kassaei, Matt Eastwood, Brian Collins, Malcolm Poynton, Pedro Prado, Emad Tahtouh, Ben Priest, Stephan Vogel, Eugene Cheong and John Mescall, just to name a few. LIA prides itself on having juries that have no political agenda, no block voting, and no pressure to vote for their network. Our juries are only concerned with awarding the best of the best. Obtaining a Statue is a significant milestone for any company, as it demonstrates recognition of the highest degree.” 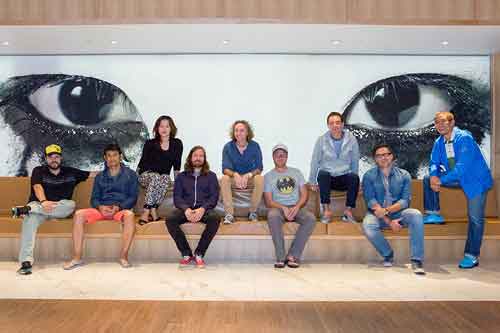 2015 LIA ‘Of The Year Awards’ were decided based on a point system on the outstanding work chosen by the Juries across all media. This year LIA awarded five of these coveted Awards.

Of the 14,106 submissions from 78 countries, 7% attained Shortlist status. Of those elite selections, only 1.2% were awarded Gold Statues; 1.6% Silver Statues; 2% Bronze Statues and 2.1% Finalist. The vast number of submissions reflects the prestige and explosive growth of the London International Awards since its inception in 1986, when only 2,600 submissions were entered.

To View All the Winners: //www.liaentries.com/winners.