London – Epson has commissioned ‘This Is My Truth’, a series of short films that will look through the eyes of some of the world’s top photographers in order to discover how they capture and communicate the truth through their powerful images.

The striking concept was created by Epson’s European in-house PR team. Head of PR & Communications, Mary McNulty says: “Epson works with many talented photographers and we want to share their insights. They hail from across the European region and cover many different photographic genres. Marco Grob is well known for his distinctive portraits of celebrities; Stefano Unterthiner specialises in wildlife, with the aim of bringing man closer to nature.” 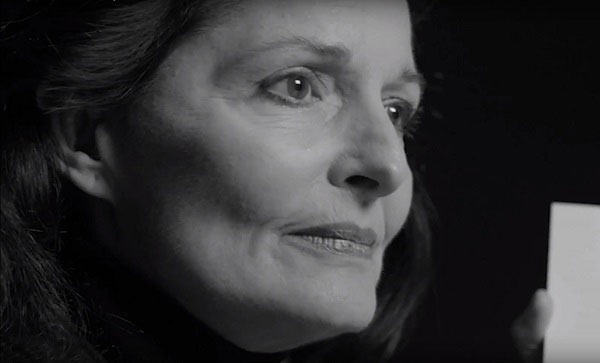 The series also includes a short film that focuses on renowned Spanish photographer Isabel Muñoz. Known for her in-depth studies of the human form, Muñoz’s black and white platinum prints have become iconic around the world.

Produced by Citizen Films, ‘This Is My Truth’ marks an exciting evolution in creative direction for Epson. In the candid interview, Muñoz shares the creative inspirations and unique stories behind some of her most celebrated works. Taking us behind the scenes at her studio, the photographer reveals the techniques and materials she employs to create her striking works.

Working to a tight schedule, Citizen Films Creative Director, Rollo Hollins, and cinematographer, Shaun Harley Lee, captured all of the footage in a single day at Muñoz’ studio in Madrid. Rollo made the creative decision to shoot the ‘This Is My Truth’ campaign on a mixture of 8mm and 16mm.

Explaining the idea behind this approach, Hollins says: “Over and above the obvious link with the photographic process, I wanted to draw the viewer into the subjects’ worlds beyond the expected, and to surprise them with another texture. For me, film feels permanent and lasting – whilst being heavily linked to memory – which hopefully all adds to a sense of truth.”

Hollins comments on the process: “The whole campaign is based around the idea of ‘truth’ and what that word means to each artist – both in their work, but also as an extension, in their creative life. With that thought in mind, we wanted to approach each film as individually as possible and remain reactive to each subject and their surroundings. Working with Isabel was honestly a real inspiration and privilege. It’s not often that a shoot is both fun but also so inspirational. It’s changed the way I view my work and hopefully does the same for those that watch it.”

In the series, five leading photographers share what truth means to them in a series of interviews, insight and advice – online, on social media and live at events across Europe. Each photographer specialises in capturing a different subject and each has earned a global reputation for their iconic images.

‘This Is My Truth’ is now live online and on Epson’s social channels.