Honda will host an exclusive event with its loyal Civic Type R owners and fans to celebrate the World Touring Car Championship race at the infamous Circuit de Spa-Francorchamps. More than 180 Civic Type Rs and over 300 fans, from 12 different European countries, are confirmed to join this exciting event.

On Saturday 21st of June, all 180 owners will get a once-in-a-lifetime opportunity to drive their car on an exclusive parade lap1 around the famous Spa Circuit, said to be one of the most beautiful race tracks in the world. It features the legendary Eau Rouge, renowned by racing drivers as one of the most challenging and unique sections of any circuit. 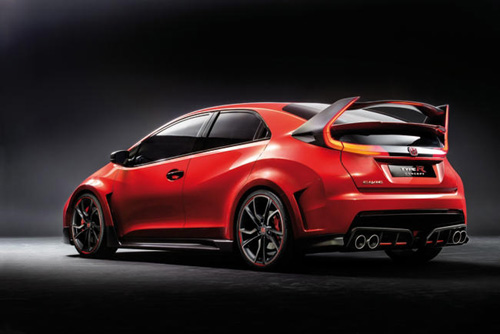 All 300 fans will receive VIP treatment to watch the WTCC feature races on Sunday from an exclusive terrace, and engage with Castrol Honda World Touring Car Team drivers, FIA WTCC Champion, Gabriele Tarquini and Tiago Monteiro, as well as Norbert Michelisz from Zengo̎ Motorsport and Mehdi Bennani of Proteam Racing.

Honda will also be running a competition throughout the race weekend offering one lucky Type R fan attending the Spa Circuit the chance to be among one of the first to drive the new Honda Civic Type R at the launch event in 2015. To enter attendees must share their journey and experience via Twitter using #TypeR and #WTCCSPA – which will be showcased on www.myjourneys.com/typer/wtccusers.

The winner of the competition will be decided upon via a ‘Flash Vote’, allowing other Type R fans and members of the public to vote on their favourite Type R fan journey. Voting will take place from 1800 (UK time) on Saturday 21st June and will end at 1200 (UK time) on Sunday 22nd June. Voters should visit www.myjourneys.com/typer/wtccusers in order to choose their favourite.

Honda’s Civic Type R Concept model will also be on display throughout the weekend, allowing current Type R owners and fans the chance to see the inspiring design of the new model prior to the global mass production launch in 2015.

1 Parade lap will be under the supervision of safety cars.