… but does it serve the cause? This is the question for the guys who are judging design and art direction of this year’s submitted ads. They will also judge the Piran Portoroz Posters. Last year there were 523 work sent to Golden Drum. They will have a hard time this year, too. Below is the interview with them to get to know them better:

How will you judge the works? What are you looking for in it? What are your criteria for a good design? And how would you define a bad design?

RK: There are some fundamental rules when judging any creative work and design is no exception. The most obvious is to quickly eliminate and discard anything which is less than original and to encourage others to do the same. One should be looking for the potential of a design to engage and inform in a totally fresh and challenging way. Anything less than this should be viewed with a large degree of criticism. Bad design is an offence to the eye and ultimately, the mind. In products, it’s invariably dysfunctional as well as lacking appeal.

MW: Judging criteria with all award shows basically boil down to looking for a) originality of the idea and b) quality of the execution. Since I am judging in the art direction jury, obviously it will be more about execution. Still, there is plenty of opportunity there too to look for innovation and originality – if not in terms of content but in terms of style.

Advertising is obviously changing fast lately or as we say, it is under reconstruction. Into what? And how will it look like in the next five (10, 20) years?

RK: The reconstruction of advertising goes hand-in-hand with the progressive development of communications technology. Interactivity is beginning to overtake traditional forms of marketing. I have no idea of how advertising may look in the next five or ten years, but I suspect the days of the entertaining, interesting and storytelling ad will be long gone.

MW: Digital will play even more of a role but to the point where we won’t be even speaking of digital anymore. It will just be what is normal and everything else will be kind of for special purposes.

Why is there so little awarded (creative) advertising seen in everyday life? And why all we see is sales-promotion, no-brand-building, pushy-brainwashing? Where are well designed things? Or do I have a wrong opinion?

RK: The third question answers itself. There is very little really creative advertising produced – that’s why it wins awards. Compared to the great mass of visual pollution that we are bombarded with every day of our lives, the truly outstanding work amounts to a tiny minority. As long as the majority of clients are prepared to accept this, nothing will change.

Roger is Creative Director of Art and Design for Saatchi & Saatchi & Saatchi, EMEA. His work has been awarded at D&AD, Cannes Lions, Campaign Press, Campaign Posters and he has received the Creative Circle President’s Award. He has sat on or chaired numerous awards juries including D&AD’s on eight occasions. He was also a member of D&AD’s Executive Committee from 2005 to 2008.

Roger is delighted and honoured to be the President of this year’s Golden Drum D&AD Art Direction Jury. To him, Golden Drum represents everything that’s essential in continuing and evolving creativity within our industry. 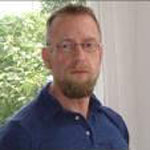 Michael Weinzettl is the editor-in-chief “of Lürzer’s Archive – Ads, TV and Posters worldwide,” the leading international magazine for creatives as well as the "200 Best" series of books which, biannually, showcases the best in ad photography, illustration, packaging design and other design disciplines. Michael has been with Archive – which last year celebrated its 25th anniversary – since 1987. Over the years he has been on the jury of many advertising awards, among them, for more than 10 years, the Epicas. He lives in Berlin.

Dejan has spent more than two decades in advertising. His work has taken him to five different countries, across the two continents. Over the years he worked with agencies such as BBDO, Saatchi & Saatchi, Grey, Young & Rubicam and Leo Burnett.

Since his first “Creativity” award from Art Direction magazine that he has received in 1990, his work was continuously recognized at different advertising festivals the world over. He has also judged at several award shows.

*More about Portorož Piran Poster Award on the other page:

Express PORTOROŽ PIRAN GENIUS LOCI that can be used as a poster or a cover page of publication – and win 5.000 EUR! Deadline for the solutions is August 27.

The Mayor of Piran and the Golden Drum invite anyone to take part in the traditional competition for the best and most creative poster, this time on the topic: PORTOROŽ PIRAN GENIUS LOCI.

Genius loci, spirit of the place, are an ancient Roman spirit, a guardian of the local character. Every place that has ever been touched by the hand of man hides its own stories that make it unique. There are countless picturesque little towns and charming beaches in the Mediterranean. Each and every one has its own destiny, big or small or hardly any, and they are their genius loci.

It is where the warm Mediterranean Sea penetrates the furthest into the cold European continent that two little towns have merged their stories in one. More than two thousand creative spirits from all corners of the world return every autumn to a place half-way between Piran and Portoroz and compete in the art of seduction at the New-European advertising festival. These friendly spirits have been challenged to come up with their own visual impressions of both towns’ genius loci.

This genius is at the same time hidden and proudly displayed. Behind every stone, carved ages ago, and on the ancient salt fields that have become an aviary for birds from across the continent, and behind the walls that were built against Turkish invaders, or under the Venetian balcony, or next to the immortal Tartini’s bronze bow in one of Mediterranean’s largest and most beautiful piazzas built upon the former port, and in the halls of once finest hotel in the Adriatic that is recovering its splendour, under the pine trees, at the table of an Istrian konoba or osteria, on the sun soaked terrace of the Grand Hotel Bernardin, in the glass of Refosk or the smoky smell of “gradele”, with one’s feet in the sea and thoughts in the clouds. Every memory, every tear and every laughter is intertwined into the unique spirit of the dreamiest, the most creative little place under the Mediterranean sun.

There are paper and mental trails of Portoroz-and-Piranian spirit in thousands of dreams and fantasies that were visualized in images sent from Europe, Asia and America to compete in Golden Drum’s global poster competition on previous creative contests. In heavy abundance of other powerful and white hot Golden Drum stimuli it may sometimes be difficult to pinpoint this very special spirit, but once you leave, you can rest assured that it has left with you and will stay with you forever.

BRIEF: What is and where is hidden the secret of the very special PORTOROŽ PIRAN GENIUS LOCI? Dreams and memories, fantasies and philosophy welcome.

AWARDS: The author of the best poster will receive 5.000 EUR from the Municipality of Piran, two full registrations for the Golden Drum Festival and accommodation for two people for four nights from the Piran Portorož Tourist Board.

The authors of the second- and third-ranked posters will each receive two full registrations for the Golden Drum Festival and accommodation for two people for four nights from the Piran Portorož Tourist Board.

All shortlisted posters will be exhibited in beautiful Tartini Square in Piran from October 6 to 9.

Red Dot Award for the Communication Design to the book: 15 Years of Golden Drum

Among the winners of this year’s “Red Dot Award: Communication Design” is the book »15 Years of Golden Drum – The best of New European advertising industry 1994 – 2008« with its cover.

The award is the recognition of the high design quality of the Book given by prestigious jury consisting of international experts. Works numbering well in excess of 6,000 from 44 countries were submitted and have been judged in situ.

After having graduated from the design school in Ljubljana Žare Kerin has worked for one year in Switzerland at Studio IMS. He came back to Slovenia in 1985 and until 1990 worked as a free lance designer. Between 1990 and 2000 he was art and creative director at the advertising agency Kompas Design.

For the last nine years he has been working at the advertising agency Futura DDB as a creative director. He is a member of the Brumen Foundation – the Biennial of Slovene Visual Communications, and a member of the D&AD. He was the member of Design & Art Direction jury at Golden Drum 2009.