(New York, 12th May 2016) – “The question we get asked the most often is, ‘so if you’re the London International Awards, why do you hold it in Las Vegas’?” says LIA Event Coordinator Laurissa Levy with a smile.

It’s a bit of a head scratcher for many people, to be fair. In 2009, London International Awards founder Barbara Levy decided to ditch the virtual juries and headed to Sin City, landing on the opulent Wynn/Encore hotel. The plan was to bring the world’s top ad folk together to judge. 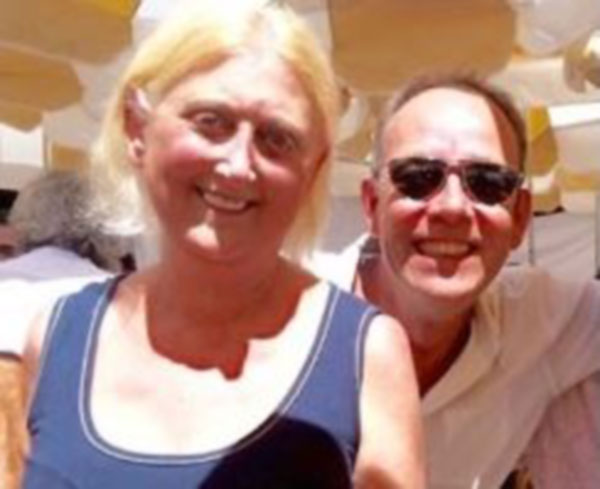 But why Las Vegas?

Well, the truth is, you’ll have to ask Innocean’s Global CCO, Jeremy Craigen. In 2008, he met Barbara in Singapore while judging the World Press Awards, which Barbara started with Neil French.

At dinner, Jeremy was having a conversation with Neil about the numerous award shows he’d been asked to judge. He’d turned down numerous shows, one of which was LIA, summed up in one word from Jeremy as ‘shit’. At that point, Neil said to Jeremy, “Why don’t you just tell that to Barbara directly? She’s sitting across from you.” And of course, Jeremy did just that.

“I did say that…” admits Jeremy. “I had had a few Singapore slings by that point.”

Barbara adds that the group then moved over to the lounge bar at Raffles Hotel, where she and Jeremy sat down on a couch to start what has become a long-time relationship. With his head in her lap, Jeremy once again told Barbara how he felt about LIA, describing it with an equally flattering ‘crappy’.

Unperturbed, Barbara told him it was her ambition to elevate LIA to a top-tier show and that she had her eye on Jeremy as the first Jury President for the two separate competitions of Print and Outdoor, the latter of which has since morphed into Non-Traditional.

Never one to back down from a challenge, Barbara flew straight to Nevada with the LIA team. “We literally went from hotel to hotel, and we ended up at the Wynn, as it was the only hotel with outside convention space. I got on the phone and I called Jeremy and said, ‘mark these dates in your calendar’. He said, ‘I told you already, I’m not judging your stupid show.’ ‘No,’ I told him, ‘you said you would judge in Las Vegas.’”

“She is amazing,” marvels Jeremy. “She phoned me up a week later – she’d flown out to Las Vegas and been to the Wynn. She said, ‘I’ve booked it, are you coming?’ And I had to stay true to my word!” No other show would do that.

Barbara adds that LIA was planning on going to Vegas for one year and then returning back to its old format. However, “Jeremy and the inaugural Las Vegas Jury Panel were so impressed with the Vegas setup that they demanded we stay.”

In 2012, LIA scrapped its London awards show in favour of a new educational initiative. Each year, networks are invited to send their rising stars to the Creative LIAisons event, which runs concurrently with the judging. Young creatives attend talks and workshops from global CCOs and influencers, and even get to witness the jury deliberations, observing the experts as they dissect the work. It’s an unrivalled experience that is all paid for by LIA.  (The condition is that they must attend every session or pay back the full fee.)

With an irresistible location and commitment to nurturing young talent, LIA now boasts some of the finest judges in the world and a growing army of staunch supporters.

“How amazing is that?” says Jeremy. “They realised that they did a couple of shows in London that weren’t, to be honest, great. They said, ‘why are we doing the show? Let’s take that money and fly over 80 young creatives from around the world and let them sit in on conversations.’ We then all had the idea to let them sit in on the jury discussions at the end, which they all think is the best thing. And it is. Because you realise that we’re not just advertising people who just want to have a laugh. We are absolutely torturing each piece of work.”

So, that’s how a spontaneous quip changed the landscape of LIA – and radically overhauled the brand. And that sense of spontaneity seeps into everything the privately owned business does. Not beholden to a Board, they’re able to quickly adapt and act on suggestions of world-leading creatives like Jeremy, Mark Tutssel, Khai Tham Meng, Amir Kassaei, Rob Reilly and many more. “Time and time again,” adds Barbara, “jurors and entrants comment on how the show is professional, but that everyone feels like part of a family.”

In 2011, Morgan Spurlock entered his film Pom Wonderful: The Greatest Movie Ever Sold. “The jury didn’t know what to do with it,” says Barbara. “Chloe Gottlieb of R/GA, who was on The NEW jury, said, ‘We’d like to give a special award for this, so can you ask your Board?’” Barbara walked outside, returned in less than ten seconds, and said, “The ‘Board’ has given their approval.” And so the film was given a special White statue in recognition of its unique and profound analysis of the ad industry and product placement.

Over the past four years, LIA has transformed into a highly influential event and has boosted the careers of many young talents – several of the past attendees of Creative LIAisons have risen through the ranks so quickly that they are now on the LIA Juries. A few of them actually attributed their success to what they took away from the Creative LIAisons program.

A lot has changed. But some things, says Barbara, haven’t. “Oh… and by the way, we never got rid of Jeremy.”

The LIA 2016 Entry System is now accepting entries. The initial Entry Deadline is 10th. Judging will take place in Las Vegas from 6th October to 14th October. The shortlists will be announced as each judging session concludes, with Winners being announced 8th November. For more information on submissions and eligibility, please visit //www.liaawards.com/enter/eligibility/.