The Honda Civic Type R has been voted most popular compact car by Sport Auto readers. The car secured first place in front of the Seat Leon SC Cupra 280 and the Renault Megane Trophy-R. Click here to read more.

Hot on the heels of the Honda HR-V taking the 2015 What Car? Reader Award crown, the NSX supercar is in the running to continue Honda’s success for a second year in a row. Compiled by What Car? experts and voted for by readers, the shortlist for the 2016 Reader Award features the most eagerly anticipated new models coming to the UK market in the next twelve months. Read more here and click here to vote. 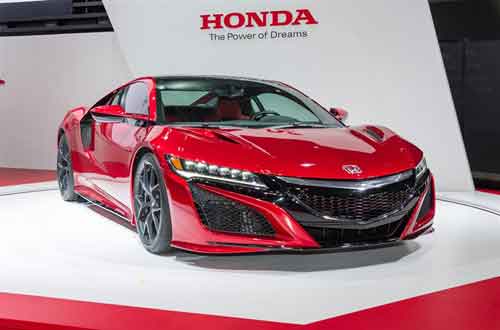 50 Years of Honda in the UK

2015 marks 50 years of Honda in the UK . The special occasion was celebrated with an event at Silverstone featuring products from automobiles, motorcycles and power products. You can find out more here

ITS World Congress 2015: NXP, Honda, Siemens and their partners open the road to intelligent mobility

The ITS World Congress which was held October 5 to 9 in Bordeaux (France) is the biggest event in the world dedicated to intelligent transport systems and services. Many Honda vehicles are equipped with wireless communications technology provided by NXP Semiconductors Cohda Wireless which allows visitors a more practical and comfortable way to use wireless technology. More information is available here.

Following the success of the all-new Civic Type R in Europe, the car will now be launched in Japan, available from December this year. To read more click here.

At the 2015 SEMA Show, Honda revealed its Ridgeline Baja Race Truck, a purpose-built racing machine that marks Honda’s return to off-road truck racing. The concept also provides an early glimpse at the styling direction for the all-new 2017 Honda Ridgeline pickup that will hit dealer showrooms in the first half of next year. For more information, click here and to watch a video of the All-New 2017 Ridgeline Pickup, click here.

Acura thrilled the 2015 SEMA Show with multiple innovative expressions of the brand’s performance-crafted DNA – past, present and future – including the debut of the meticulously restored 1993 "Ludacris Legend" sedan, a sport-modified 2016 Acura ILX by Galpin Auto Sports. To read more, click here.