Honda’s ever-popular Jazz super-mini has triumphed at the recent Women’s World Car of the Year Awards, pipping the Kia Soul to the post to win the Budget Car Category.

Judged by a panel of prolific female journalists from 15 countries, including nine based in Europe, the awards considered ten different criteria including design and function, style and appeal, comfort, storage, and drive quality. Additionally, specific to these awards, other elements considered by the judging panel included the ‘wow’ factor, sex appeal and value for money; factors which all of the judges felt to be important to female car buyers. Now in their fifth year, the awards, organised by New Zealand’s Women’s World magazine, recognise the best cars in six categories including best family car, sports car, luxury car, SUV, green car and budget car.

Sandy Myhre, CEO and founder of the Women’s World Car of the Year comments: “Honda can be very proud of this achievement. It is very difficult for any car to be on our shortlist, women motoring writers are very discerning and to win a category is a significant accolade.” 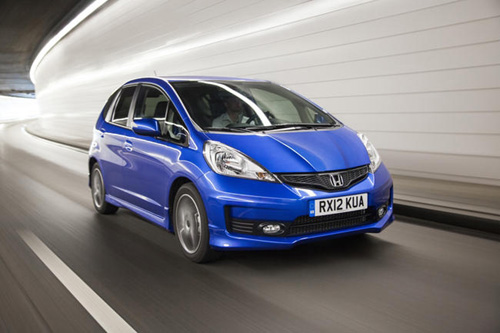 Currently available with a choice of two economical 1.2 and 1.4 i-VTEC petrol engines or Honda’s super-efficient hybrid IMA technology, the award comes ahead of the arrival of an all-new model Jazz due to go on sale in Summer 2015. As part of Honda’s ‘small series’ range, the third generation European Jazz will be built on the company’s global compact platform, retaining the centre fuel tank layout found in the current model, as well as the Civic and recently-announced HR-V. Combined with the Honda’s highly versatile Magic Seats®, this space-saving layout delivers genuine customer benefits in terms of versatility, interior practicality and storage solutions. Additionally the new European model will offer improved fuel economy and higher performance thanks to its new next-generation Earth Dreams Technology engine.