The installation of the turbines, in agreement with a subsidiary of ConEdison Solutions of Valhalla, NY, means the plant is the first major automotive manufacturing facility in the United States to obtain a substantial amount of its electricity directly from wind turbines located on its property.

The turbines will produce 10,000 megawatt hours (MWh) per year which equates to approximately 10% of the plant’s overall electricity consumption.

These turbines are a step toward Honda’s voluntary goal to reduce the environmental impact of its products and manufacturing operations around the world, by 2020. The goal includes a 30% reduction in CO2 emissions from Honda products, and significant CO2 reductions from the company’s plants and other operations, compared with 2000 levels. 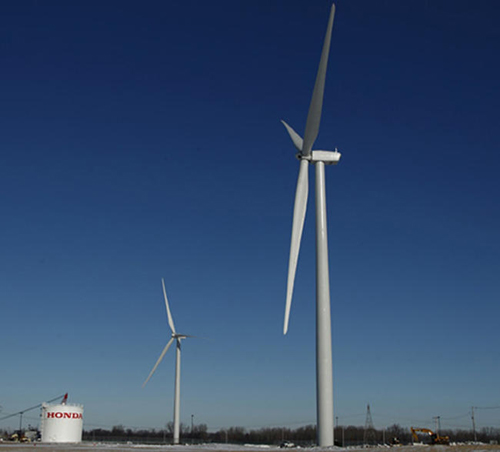 Another example of Honda’s commitment to CO2 reduction through the investment in wind power is the construction of a new automobile production plant and wind farm in Brazil, which is due to become operational in late 2014. The wind farm is expected to generate electricity equivalent to Honda’s current annual electricity consumption for automobile production in Brazil (approximately 95,000 MWh).

Low Carbon Manufacturing Around the World

Honda strives to introduce low carbon manufacturing solutions across all of its plants, the best example of this is the sophisticated new automobile production plant in Yorii, Japan. Opened in July 2013 the plant has established many new technologies enabling the production of environmentally responsible products and the development of low carbon manufacturing. Yorii plant features 2.6MW of solar panels which is the most of any automotive factory in Japan and will reduce CO2 emissions by approximately 1,200 tonnes per year.

In October 2011, HUM introduced renewable energy from a 5 megawatt peak (MWp) solar-array consisting of more than 21,000 ground mounted panels covering an area of 32 acres. The installation generates 4.5 gigawatt hours (GWh) of renewable energy, equating to 4.4% of the sites total electricity requirement for the year. In the first year of operation it delivered considerable cost savings compared to buying grid supplied energy and reduced CO2 emissions by almost 2000 tonnes.

Similarly, HTR has been successfully using solar power in its operations, recently installing solar panels and invertors on site. To date the site has generated 124,000 kilowatt hours (KWh) per year of renewable energy, resulting in a CO2 reduction of 54 tonnes. 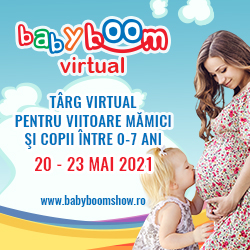