The new Honda Civic has been included in the final shortlist of six contenders for the AUTOBEST 2018 ‘Best Buy Car of Europe’ award. 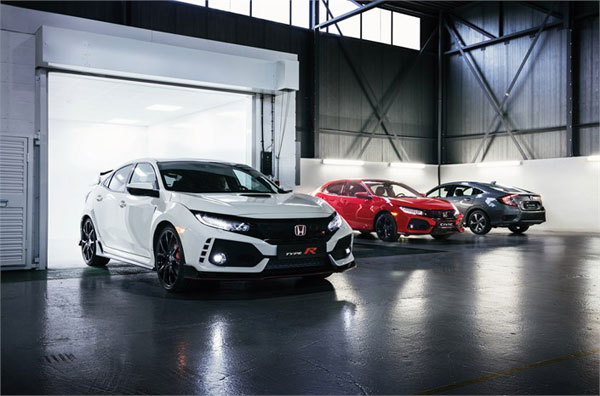 This is the second time the Japanese brand has secured a place as a finalist, following the HR-V’s selection for the shortlist in 2016.

The AUTOBEST organisation is composed of 31 of the most influential motoring writers from across Europe. The award seeks to recognise the new car that represents the best overall proposition for a broad range of European customers. Areas of particular importance to the jury include competitive pricing, flexibility, design, connectivity and the availability of spare parts and service items. To be eligible, vehicles must be available from less than €20,000.

The tenth-generation Civic is the result of Honda’s largest-ever global development programme, and benefits from advanced engineering, manufacturing, aerodynamics, powertrain, and chassis technologies. European sales started in early 2017. The five-door Civic is produced at Honda of the UK Manufacturing in Swindon.

The Honda Civic will now be assessed during a ‘Final 6’ drive, which will be held in Vairano, Italy on 29 and 30 November. The winner of the 17th annual AUTOBEST award will be announced on Friday 15 December.