Jessica Benzing and Maximiliam Gerlach sign with the production company for U.S. representation

London, Thursday 12th April 2018 – Great Guns welcomes directing team Kronck to its roster, where they will be represented throughout the U.S.

Jessica Benzing and Maximilian Gerlach, the German duo behind Kronck, began their careers while both studying production and directing in Munich. They have since become a notable directing team, known for their vibrant visuals, authentic casting, humour, choreography and music-driven content. 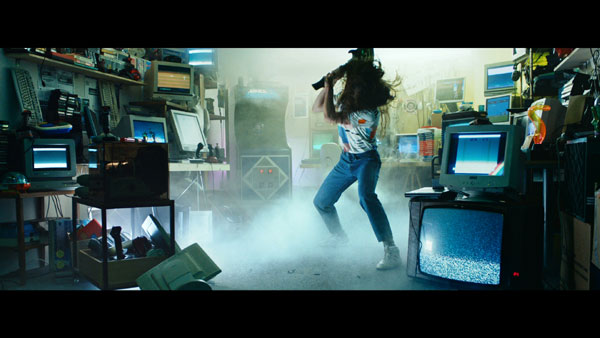 The multitalented and multilingual pair have reached great success throughout Europe, directing internationally acclaimed spots for major brands including Coca Cola, Loctite Super Glue, Allianz, Durex, Sony Erickson. They have won multiple awards worldwide at notable events including the Gold at the Global Awards, being shortlisted at the Cannes Lions, Gold at the New Media Awards, Special Jury Prize at the Amsterdam Film Festival, BVMI, and 1st Prize at The Indie Gathering.

The new signing follows Kronck’s two recent awards at the 2017 Global Awards for OTC and Direction for their advert with MometaHEXAL. This quirky and surreal spot titled ‘A World Without Hay Fever’ follows three people being one with nature thanks to their new hay fever spray. The spot exemplifies Kronck’s vibrant and humorous directing style which makes their work distinctive.

Commenting on the signing, Executive Producer at Great Guns U.S., Carl Wyant says: “As a female and male creative partnership, Kronck on some level already defies categorisation. Coupled with their comedic visual storytelling and unique art design, Kronck’s work references fashion, music, art, pop and youth culture – making them relevant to so many brands. Ultimately, it’s just amazingly fun to look at. Everyone who’s seen Kronck’s reel realises how fresh and imaginative they are for the American market, and all of us at Great Guns are very excited to have them on board.”

Kronck comments: “We’re thrilled to be joining Great Guns. Having worked in Europe for years with so many talented people, we were looking for the same quality of experience in the U.S., and we’re lucky to have found a like-minded creative family at Great Guns. With the wide variety of incredible directors already on the roster, along with producers who genuinely care about the work and live for making award-winning, creative films, Great Guns was an easy choice for us. We’re looking forward to a long association making fearless, passionate, and fun projects with Kronck and Great Guns.”