It is our great honour and pleasure to announce a new member of the Golden Drum New Europe Hall of Fame where we celebrate those who have through their professional career and personal life influenced our creative minds and souls, who inspired, motivated us and who guide us and move us forward in our endeavours.

New member of the Golden Drum New Europe Hall of Fame is nominated and chosen by all its present members. 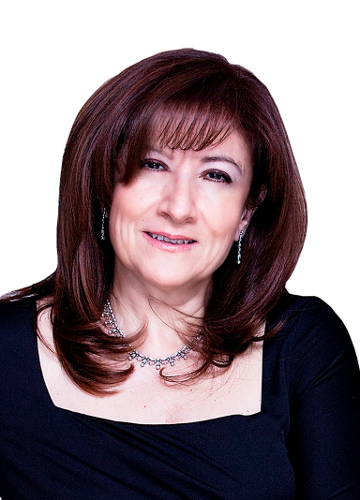 She is a heroine on the front for the affirmation and integration of Turkish economy and advertising industry into contemporary European and global marketing world.

Marketing Türkiye opened windows and doors into competitive and friendly arena of New Europe, to Golden Drum recognitions and prestigious awards. And Turkish creatives challenged back Golden Drum creative society with their talents, energy and the culture of two continents.

The award at Studio Drum ex-tempore Golden Drum film director’s show, many golden drums, New European agency of the year, the winner of the Golden Rose were the jewels in the Turkish crown for which is worthy of esteem the big contribution of Günseli Ocakoğlu.

Three brilliant organizations of The Intercontinental Advertising Cup in Istanbul, the common project of three world festivals and Golden Drum are written in the chronicle of the Turkish creative advertising industry and contribute into modern society en general.

In Portorož she is also known as prominent ambassador and excellent host at Turkish national parties.

As a successful promoter of the Golden Drum’s motto “Sharp competition, good school, crazy party and devilish challenge” she deserved the golden recognition on the marble wall of Golden Drum Hall of Fame.

Short Bio
Günseli Özen Ocakoğlu, has acquired her bachelor’s degree from Istanbul University, Journalism and Public Relations Institute, and her master’s degree from Istanbul University, School of Business Administration, Institute of Business and Economics. She always enjoyed, in her own words, “learning and sharing that learned knowledge”. She has based her career on this sentence. Günseli is the Chief Editor of Marketing Türkiye, the President of Marketing & Management Institute Turkey and an economy columnist for the Turkish Newspaper Zaman.

She has been rewarded with many awards and recognitions throughout her career, some of these in the year of 2015 include “The Best Sectorial Magazine’s Chief Editor” by Arel University. Günseli is also writer of several professional books and the mother of Duygu Su Ocakoğlu, to whom she dedicated all her books.”