The 500,000th engine was fitted into a 2013 Ford Escape that rolled off the line at Ford’s Louisville Assembly Plant.

The milestone is another step in the One Ford plan to be the undisputed industry fuel economy leader, with more

segment fuel economy leaders than Toyota or any other manufacturer. By the end of next month, customers will be able to choose eight Ford-built vehicles that deliver 40 or more miles per gallon — double the number available last year and more than any other automaker. Ford also recently introduced the world’s most fuel efficient mid-size sedan with the Fusion hybrid, rated at 47 mpg city, 47 mpg highway and 47 mpg combined. The C-Max Hybrid is also rated at a combined 47 mpg, which beats the Toyota Prius v. 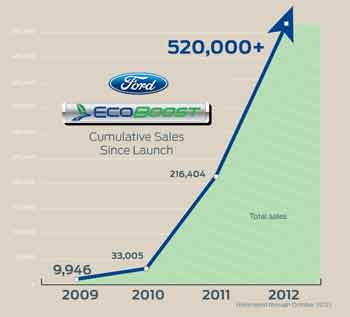 When EcoBoost launches on Fusion in South America early next year, the fuel-saving engine technology will be available in every region Ford serves.

In North America, EcoBoost sales make Ford the leader in gasoline turbo direct-injected engines in its core high-volume passenger vehicles, such as Escape, Fusion and F-150.

Ford’s powertrains use hundreds of thousands of lines of computer code and related parameters that are adjusted to optimize the engine and transmission operation. It’s these processes that largely make up the EcoBoost patent contribution, and make Ford’s use of direct injection and turbocharging of its engines like no other automaker in the world.

Ford holds more than 125 patents on its EcoBoost engine technology, which uses turbocharging, direct gasoline injection and variable valve timing to boost fuel economy by about 20 percent without sacrificing performance.

Escape and Fusion sales get turbocharged

The Ford Fusion and Ford Escape exemplify the trend at Ford of putting the technology to work in the most mainstream, high-volume vehicles. Fusion production will go from 0 percent EcoBoost-equipped for model year 2012 to 60 percent turbocharged EcoBoost for 2013. The new Escape features two EcoBoost engines, a 1.6-liter and 2.0-liter that will make up 90 percent of its expected sales volume.

“With the sharp increase in EcoBoost production in the Fusion and Escape – on top of the F-250 Super Duty Power Stroke® diesel – Ford will have the best-selling turbocharged sedan, SUV and pickup truck in North America,” said Robert Fascetti, director, Large Gas & Diesel Engine Engineering.

The limits for radical engine downsizing are undetermined. Ford plans on continuing to offer EcoBoost engines globally, including some innovative downsized engines. Ford has announced it will bring its award-winning EcoBoost 1.0-liter three-cylinder engine to North America next year. 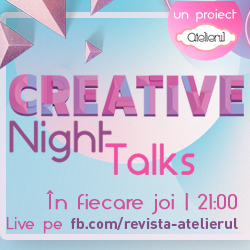 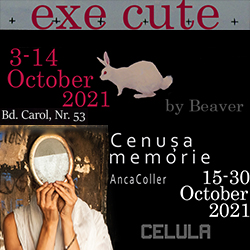