Amir Kassaei, Worldwide Chief Creative Officer of DDB Worldwide, has been announced as a speaker at the London International Awards 2015 Creative LIAisons program.

Barbara Levy, LIA President, comments: “This is Amir’s third year speaking to the Creative LIAisons attendees. Amir is one of the most straightforward and inspiring individuals this industry has to offer. His continued presence is a way for him to directly reach out and share his wisdom with all of the bright young talent.” 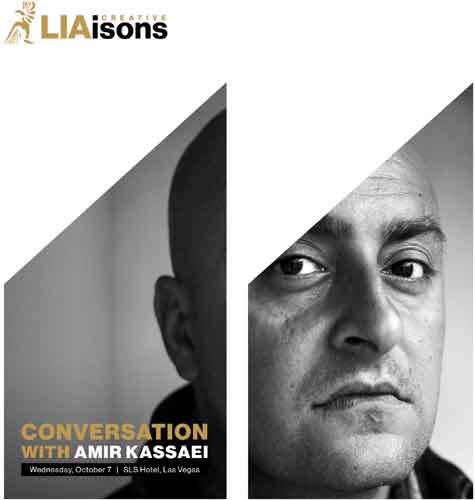 He is one of the most awarded Creatives in the World, he and his teams are the recipients of more than 8,000 national and international awards, including more than 250 Cannes Lions in the past five years.