The new Honda Civic Type R has this weekend added motorsport honours to its growing list of plaudits, as Honda Yuasa Racing clinched the drivers and manufacturers championship in the 2015 Dunlop MSA British Touring Car Championship in a tense final round at Brands Hatch.

Continuing the success story for the most high performance car ever to wear the red ‘H’ badge, the new Honda Civic Type R was developed with help from the brand’s World Touring Car Team. Vital analysis and feedback from the track informed decisions about performance and styling, supporting the British team to driver and manufacturer titles in its first competitive year. 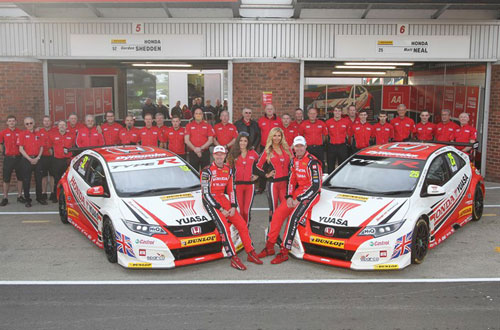 The road-going version of the Civic Type R broke cover at the 2015 Geneva Motor Show back in March and with the Dunlop MSA British Touring Cars season kicking off just a few short weeks after, the Honda Yuasa Racing team required special assistance from Honda of the UK Manufacturing (HUM) to ensure the car was ready to race.

Billed as a race car for the road, the aggressive hot hatch set the fastest time for a front wheel drive car around the legendary Nurburgring and has a total output of 310ps, a 0-62mph time of 5.7 seconds and a top speed of 170 mph. 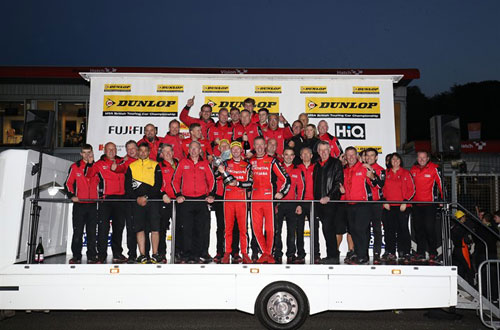 Gordon Shedden commented: “You’re only as good as the car you’re sat in, and the Honda Yuasa Racing guys have given me an amazing bit of kit all season. The Honda Civic Type R only came out this year, and we’ve won both the drivers’ and manufacturers’ championships.

“At the start of the season, because of the newness of the car, we had severely limited parts so we had to make sure we didn’t get involved in any serious altercations, as we wouldn’t have been able to race!”