The Honda CR-V has been updated for 2015 with a refreshed design, revised engine line-up and new in-car technologies – further enhancing its appeal to European buyers. 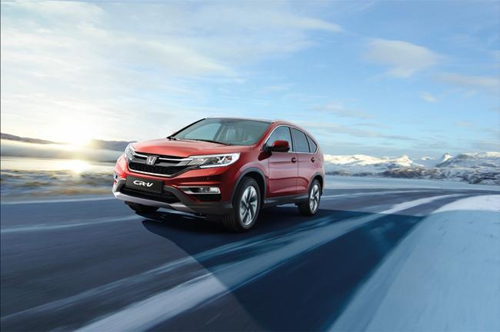 Available from Spring 2015, the CR-V’s exterior styling updates provide a bolder and sportier appearance with a unique Honda style. The most notable changes are to the front, with redesigned headlamps that flow into the new grille. Additionally, a new bumper and skid plate give the CR-V a wider appearance and hint at its improved stability, while also lowering the car’s visual centre of gravity. Finally, at the rear, the LED combination lamps have been restyled to give the CR-V a more fluid, three-dimensional appearance.

Honda’s goal of creating a more stylish and functional interior has been achieved with a reshaped chrome-effect inlay running the width of the dashboard, and through the use of high-quality materials on key surfaces. A sliding armrest (60 mm fore and aft) between the front seats further enhances versatility and comfort. 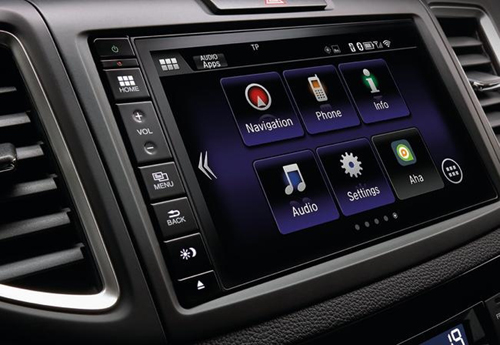 The four-wheel drive CR-V will be available with a more powerful diesel engine, and an all-new efficient nine-speed automatic transmission.

The two-wheel drive diesel CR-V, available with a manual transmission, carries over powertrains from the current model, equipped with the 120 PS 1.6 litre i-DTEC engine, with emissions as low as 115 g/km*. The 2.0-litre i-VTEC petrol engine remains available, with power output of 155 PS, and now Euro6 compliant.

European buyers of the 2015 model year CR-V will benefit from one of the first applications of Honda Connect, the company‘s innovative new app-driven infotainment system.

Fitted as standard across the range, it offers greater convenience and connectivity while on the road, with a broad range of functions presented on a seven-inch touch screen display. Honda Connect gives front-seat occupants fast access to everything from vehicle information, rear-view parking camera and music, to Bluetooth connectivity for their phones as well as being enabled for MirrorLink technology.

The new system’s functions include internet access, nine pre-installed apps – as well as access to the Honda App Center – optional Garmin satellite navigation, audio display, AM/FM/DAB and internet radio, phone interface and Bluetooth connectivity. In addition it offers a rear-view parking camera with dynamic guidelines, and a range of vehicle information, such as trip meter, fuel economy and journey time.