Slovenian Advertising Chamber, organizers of the Golden Drum Festival, DDB Budapest and Global Development, a catalyst for developing new global partnerships for sustainable development, know that young creatives are the goldmine of engaging ideas, so we ask them to create ideas that make a change in our industry; that truly Beat the Drum for Change, prepare a case video or a presentation and enter the Beat the Drum for Change 2014 Off Drum Competition.

Help to learn the World – a brief from Golden Drum, DDB and Global Development

To present their ideas young creatives can either prepare a case video or a presentation (ppt or keynote) not longer than 10 pages. It can be a complex campaign, digital/social media activation, a print/poster campaign or just a one-off event or stunt idea with a big PR-potential. Only authors, born after 10 October 1984 from countries of New Europe can participate in the competition. Please refer to the sources listed in the brief. 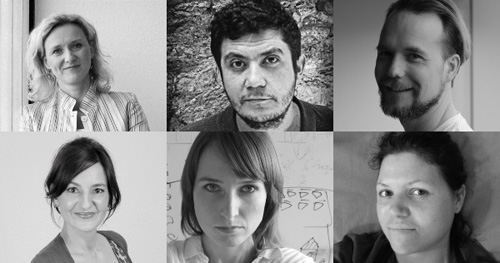 The winner behind the best entry entered in the competition until 26 September 2014 on subject “Help to Learn the World” will spend a long weekend in Berlin. Eric Schoeffler, CCO of DDB Group Germany, will make sure that it will be a truly exciting and inspiring visit in this multicultural city. The author(s) of the second and third best entry will receive a free full registration for the Golden Drum Festival 2014. Young Creatives: Image, Inspire, Influence and Help to Learn the World!

Application and brief are published at
//www.goldendrum.com/competition/off-drum/beat-the-drum-for-change-2014/.