On Wednesday, April 29, join Lavacow in a journey that starts from the aesthetic revolution of the avant-garde and ends with the cool inventiveness of contemporary art! Marc Chagall, Salvador Dalí, Joan Miró, Marcel Janco, René Magritte, Kees van Dongen, Eugène Ionesco, Jean Cocteau, Willy Maywald are but a few of this auction’s avant-garde stars.

The complexity of the twentieth century avant-garde is perhaps best illustrated through Marc Chagall’s work.

In “Man with Goat” (Chromolithograph, estimate: € 200-300), the simplicity of line and the chromatic intensity that characterise Expressionist art intertwine with the artist’s personal vision.

The vanguard of twentieth century photography is featured in the Lavacow Auction as well. The pioneer of photojournalism, Robert Doisneau, is present with a photographic portrait of Saul Steinberg, the Romanian-born American cartoonist (Estimate: €600 – €900), whilst

Willy Maywald, the former exclusive ‘house photographer’ for Christian Dior, delights us with a photograph of Pablo Picasso and Françoise Gilot (Estimate: €900 – €1.200).

Contemporary art turns out to be as experimental as the avant-garde, albeit in a less tumultuous fashion. Rudolf Hausner’s “Inside, in Front of the Window” (Chromolithograph, estimate: €120 – €200) shows how the artist managed to reinterpret the Surrealists’ interest in symbolism and in the subconscious. Similarly, Erró’s “Your Love Don’t Pay My Bills” (Paper collage, estimate: € 1000-1500) reveals a new approach to Pop art. The revered geometrical abstract painter Genevieve Claisse proves, in her turn, how she changed the art world through works such as “Unite Bleue” (Giclee, 3-D Construction, estimate: €200 – €300).

Joseph Beuys demonstrate that protests can be carried out peacefully. Their colour offsets supported the idea of a “Federal Kunsthalle”, a project that was debated by artists and voted by the Parliament in 1949, but did not receive its first foundation stone until 1989 (estimates: €100-150 and €80-150). Ion Bitzan’s “Le Soleil” (Woodcut, estimate: €600 – €900) and John Lennon’s “Embrace” (Offset colour lithograph, estimate: €30 – €60) reflect the apolitical side of contemporary art. While Bitzan expresses the purity of ideas, Lennon celebrates the innocence of love.

Avant-garde to Ultra Contemporary, Lavacow Auction #11, will take place on Wednesday, April 29, at 9 PM EEST. To view the lots, place bids in advance and participate in the live online auction go to www.lavacow.com. 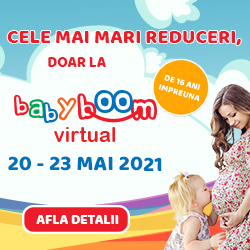