Apollo Music Store (AMS) is delighted to announce that it has launched its ground-breaking online platform in Europe.

Developed specifically for the needs of advertising creators and producers, Apollo Music Store’s offering of hand-selected tracks has been meticulously curated by a team of ad industry insiders and music supervisors. All music rights for tracks on the platform have been negotiated in advance, meaning the Apollo Music Store’s offering consists entirely of music that the team has pre-cleared, allowing instant licensing for commercial spots. 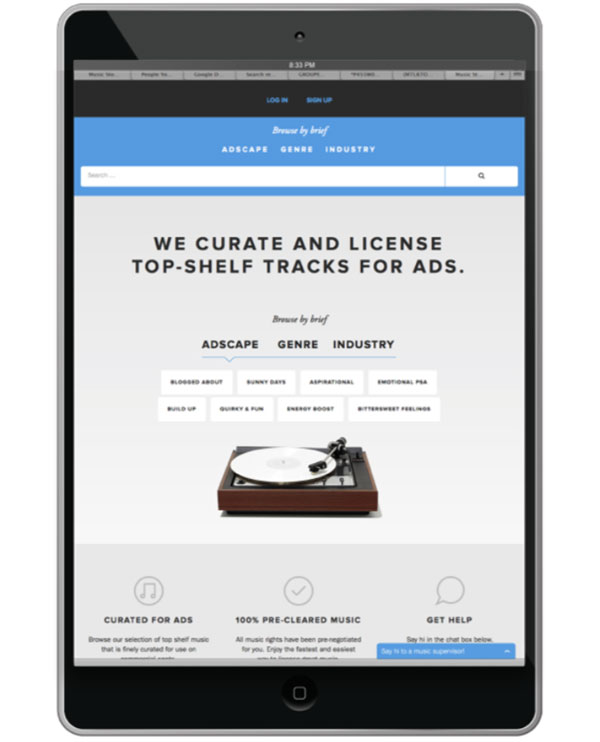 Phillipe-Aubert Messier, CEO of Apollo Music Store, comments: “Our team is composed of music freaks and ex-agency people. We’ve all been in the trenches for years, working with music labels and publishers, to find the musical gem that will make a spot really shine. Over the years, we’ve developed a sixth sense of what will work. When you couple that understanding of the needs of brands with a no-nonsense web platform, you actually turns this into business intelligence that others can now use.”

Apollo Music Store’s intuitive site allows users to browse music via a set of example briefs, through conventional genres, or product categories. With just a few clicks, users can build broadcast licenses in a simple and straightforward manner. Once the media, territory and number of spots have been decided, all music on the site is priced according to the user’s selections. If an expert music search is required, or a client has any questions about the process, there’s a dedicated team of supervisors on hand and ready to assist. 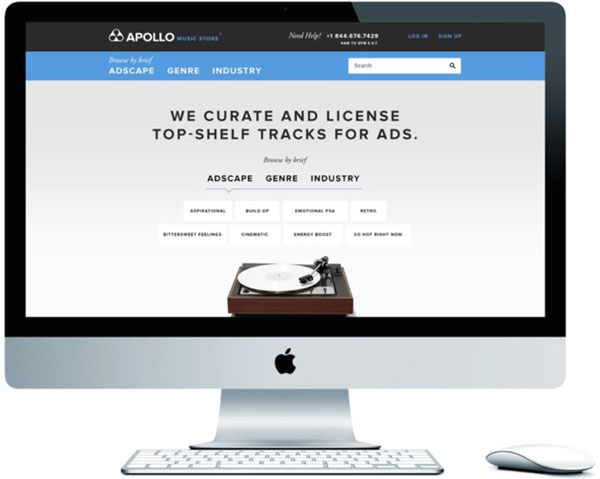 A subsidiary of Apollo Studios, the full-service creative music studio, Apollo Music Store facilitates the work of producers, creatives and editors by providing instant access to first class music, the majority of which is exclusively represented by Apollo. Whether it’s Grammy Awards winners or bedroom producers, the Apollo Music Store team goes to great lengths to ensure that all music is ultra-useful, relevant, and ready for commercial use.

A frequent user of the service, Christina Brown, Founder & Brand Strategist of Raconteurs, comments: “Apollo Music Store allows me to evaluate an edit using a track I love – and one that I know I can actually get! There’s nothing more disappointing than working with a non-cleared track, falling in love with it, then having to find a solution that inevitably feels like a compromise.”

“I’ve used Apollo Music Store four times in the past year and I keep coming back because I tend to prefer original music, it just creates stronger brand associations. Sometimes original music isn’t on the cards for time or budget reasons, and stock is obviously never, ever the answer. Apollo Music Store is in the sweet spot, the tracks actually feel like they were crafted for your production.”

Describing the motivation for creating Apollo Music Store, Phillipe comments: “We believe in the curation of less. Who wants to go through 400 bad tracks to find the odd good one? I know I don’t! Seriously, we’re ridiculously committed to featuring only the good stuff. That’s how we’ve been making ourselves relevant in America. We’re super excited to show this across the pond now.”