· Ford worked with public and private organizations on a pilot program designed to bring the right healthcare to the women and children living in an inaccessible part of rural India
· Sustainable Urban Mobility with Uncompromised Rural Reach, known as SUMURR, enabled childbirth for 41 women with high-risk mothers pregnancies, visited 54 villages, and reached more than 3,100 people to facilitate community awareness programs focused on maternal and child healthcare
· One key element of the SUMURR program was the Ford Endeavour, an SUV designed to handle the rough terrain of the region and powered by some of Ford’s most advanced technologies, which extended the physical reach of the healthcare services
· Ford researchers are applying what was learned from SUMURR and the use of OpenXC, an open-source technology, to create customized user experiences and accelerate the creation of apps for mobile health

Henry Ford believed vehicles like his Model T would improve lives through greater mobility. More than 100 years later on the other side of the world, a young Indian mother named Mageswari connects that vision with the birth of her healthy baby boy.

Called Sustainable Urban Mobility with Uncompromised Rural Reach (SUMURR), the program made use of a Ford Endeavour SUV that was designed to handle the most difficult of terrains and traverse areas previously unreachable by four-wheeled vehicles. After arriving in rural areas, health professionals used laptops and cell phones to connect with doctors and medical help in ways they never have before.

As a result, SUMURR made safe childbirth possible for 41 pregnant women; women like Mageswari, who – with the help of the Ford Endeavour – was able to make it to the hospital in just enough time to give birth.

“If not for Ford Endeavour, I might have tried to reach the hospital in a two-wheeler,” she says. “I do not know what might have happened.”

The intervention area of Kalvarayan Hills has a higher infant and maternity mortality rate compared with most other pockets of Tamil Nadu – a key indicator of the need for prenatal care in the region.

Mageswari’s situation illustrates the kind of need that was addressed by SUMURR, and that’s where Ford comes in, according to David Berdish, manager of Social Sustainability.

Berdish says Ford is acting as an agent of change for a better world by forging innovative public-private partnerships with government, academic institutions, nonprofit stakeholders and company resources to support positive social advancement.

SUMURR represents the overall direction of such efforts. In fact, Berdish says similar projects are already being considered for other regions around the globe, including other parts of rural India, one in the state of Gujarat, India – where Ford has a manufacturing plant – and also in China and Brazil.

“Ford Motor Company is not in the business of telemedicine, but between the vehicle and the technology we provide, we can make it better,” says Berdish.

The pilot program began in June 2012 and concluded in February 2013. In addition to facilitating safe childbirth for the women with high-risk pregnancies, the program led to 27 temporary pediatric and gynecology camps being set up in remote villages. Such visits enabled about 1,600 women and children to receive much needed healthcare, including screenings for basic illnesses and immunization coverage.

SUMURR reached another 3,100 people with its partners as the program traveled to 54 villages to facilitate community awareness programs on maternal and child health issues.

“Leveraging our strengths in building vehicles and in democratizing technology, we have pioneered a unique effort to remove all hurdles to mobility for these women and have made safe childbirths possible for them,” said Joginder Singh, president and managing director, Ford of India. “SUMURR truly embodies Ford’s DNA of utilizing smart technologies for a better world.”

Coordinating with Ford on SUMURR were:
· Department of Health (DPH) of the Government of Tamil Nadu: Provided guidance and detailed statistics on maternal health and infant mortality; posed a challenge to Ford to pilot the program in Kalvarayan Hills, a region that is remote and hard to access
· U.S. Department of State: Provided guidance on program design and emphasized the need and role of healthcare for women
· George Washington University: Helped manage and track SUMURR
· IIT Madras Rural Technology and Business Incubator (RTBI): A nonprofit organization fostering entrepreneurship and focusing on technologies for rural India; developed and customized the mobile health applications used in SUMURR
· Reliance IIT Center of Excellence (RITCOE): Focuses on providing excellence in the areas of telecom infrastructure and energy; RITCOE was involved in developing solutions for SUMURR around OpenXC platform
· Indian Institute of Technology Madras: A premier academic institute that provides world-class education and research facilities in engineering and technology. It is officially recognized as an Institute of National Importance by the government of India and provides guidance to RTBI and RITCOE
· Hand in Hand India: A nonprofit organization with an overall mission to reduce poverty in India; Hand in Hand was the implementation partner helping to take the initiative to the community including training the government health workers with funding from Ford Motor Company Fund
· University of Michigan: Helped determine the viability of SUMURR prior to program launch

“SUMURR is an initiative to harness the potential of affordable technologies with innovations that address local contexts for sustainable growth,” says Ashok Jhunjhunwala, founder and co-chairman, RTBI and a professor of electrical engineering, IITM. “From voice-based local language interfaces to a portable system architecture that covers significant aspects of women and child healthcare, it is heartening to note that this program has not only democratized technology but is also finding acceptance and adoption of the technology with the rural mothers and healthcare personnel.”

Berdish says SUMURR represents how Ford continues to evolve and take on more responsibility when it comes to sustainable issues around the world.

Ford’s Code of Human Rights, Basic Working Conditions and Corporate Responsibility, for example, emphasizes the importance of providing proper working conditions and overall human rights for Ford, its suppliers and the communities in which it does business.

Ford continues to increase its presence in India, where it operates a vehicle and engine manufacturing facility in Chennai, has invested $1 billion for its second integrated manufacturing facility at Sanand, and is committed to bringing the best of global products and services to the country. Ford also plans to expand its sales and service operations to 500 locations across India by mid-decade, with a focus and commitment to empower communities across its existing and proposed facilities.

“Ford views accessibility to a better life as a fundamental human right, so being able to successfully help women and children in parts of rural India obtain healthcare is a perfect fit for what we’re trying to do as a company from an overall sustainable approach,” says Berdish.

“SUMURR exemplifies the power of partnerships; through this effort, we are leveraging the best of public and private sector resources to support enhanced healthcare in areas that are hard to reach,” says Gloria Cabe, senior advisor, U.S. Department of State. “Collaborative efforts such as this are game changers, helping to promote innovative solutions to enduring challenges.”

Prasad is based at Ford’s Research and Innovation Center in Dearborn, Mich., where many of the company’s most talented researchers and scientists have helped develop revolutionary technologies such as Ford SYNC® and EcoBoost®. He says the mass-market applications of the kind of technology used in SUMURR are another benefit of Ford’s involvement.

For example, in some of the remote hilly villages where the Ford Endeavour was used, cellular phone signals were extremely weak or nonexistent.

As a result, researchers are developing a way to use the recently launched open-source platform OpenXC to create a local cloud housed in the Ford Endeavour. This enables nurses in the village to record and store crucial information about patients and transmit it when connectivity is available at a later time. Another new app could help in the timely communication of vital health parameters of the mother and enable hospital readiness while she is en route.

Prasad says that what Ford is learning about the technologies it developed for SUMURR, especially their performance under extremely demanding environmental conditions, is invaluable, and can potentially be applied to any Ford global technology development.

“SUMURR exemplifies how Ford is using its global reach to address regional issues and causes around the world and at the same time identify local social and technology entrepreneurs who we can partner with to further develop the kind of solutions that will shape our future,” says Prasad. “The fundamental aspects of what we did in rural India could very much wind up in the driveways of Detroit.” 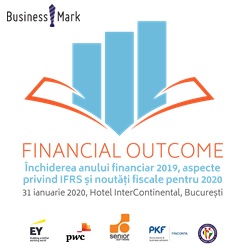