· New product introductions give Honda one of the freshest mainstream product ranges in the industry
· Range already winning awards across Europe
· First step on return to 200,000 annual unit sales
· Honda strengthens European production activity with €270m investment in Honda of the UK Manufacturing facility (HUM)
· 10th Generation Civic to be built in Europe and exported globally

The return of well-loved models from the past and revitalised mainstream products has made 2015 a year of resurgence for Honda in Europe. An all-new Jazz and refreshed versions of Civic and CR-V have been supported by the return of the HR-V and Civic Type R to European showrooms. 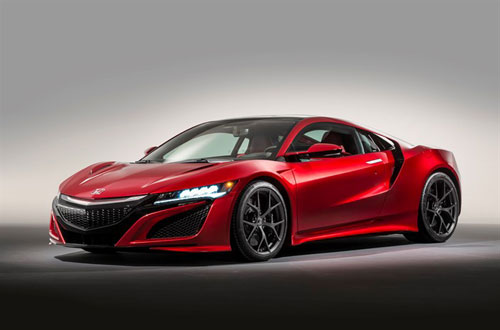 The year kicked off with the launch of the revised CR-V, equipped with a new more powerful version of Honda’s 1.6-litre i-DTEC engine. This unit can be specified with a nine-speed automatic transmission, the first application of this gearbox in Honda’s European range. Inside, the car benefitted from the new Honda Connect infotainment system, providing drivers with next-generation infotainment features and support for the latest smartphones.

The launch of the CR-V was quickly followed by another SUV, the all-new HR-V. This release marked the return of Honda to a segment it helped define with the original HR-V, providing sporty looks and handling while retaining clever packaging and efficient powertrains. The HR-V has been selling strongly since launch, and was recently nominated in the shortlist for the 2016 AUTOBEST award.

A well-loved name returned to the Honda range this summer, as the all-new Civic Type R was unleashed on European roads. Built exclusively at Honda’s HUM manufacturing facility in Swindon, UK, the car is being exported for sale in the Japanese market. With the majority of the first year’s allocation sold at launch, the Type R has gained widespread critical acclaim, including the Hot Hatch of the year award at the Scottish Car of the Year, and Sporty Car of the Year from French magazine Echappement. The Type R topped the year by claiming its first motorsport titles, taking the drivers and constructors crown in the British Touring Car Championship.

The product introductions were rounded off by the launch of the all-new Jazz. Building on the strengths of one of Honda’s best-loved cars, the new Jazz featured an all-new 1.3-litre VTEC engine, an aggressively restyled exterior design and a full range of Honda SENSING active safety features. Jazz successfully received a five star result in EURO NCAP testing, becoming only the second manufacturer to secure this result under new stricter testing conditions.

Looking to 2016, the resurgence continues as Honda prepares for the launch of a further two all-new cars to Europe, the all-new NSX and Clarity Fuel Cell. Meanwhile, HUM will be developing its capabilities ready to assume responsibility for global production of the 10th generation Civic five-door model from 2017 onwards.

Commenting on the unprecedented year for Honda, Senior Vice President, Phillip Ross said “2015 was only the sign of things to come from Honda and 2016 is shaping up to be another exciting and busy year. The resurgence of our brand in Europe is only set to continue.”