The second day of the 22nd Golden Drum International Advertising Festival has started with another day of great program featuring top speakers and finished with the evening announcement of this year’s Golden Drum finalists.

Andrey Gubaydullin, Creative Director and Owner of Voskhod (»voskhod« means »sunrise« in Russian), stressed that success does not come without hard work and even failures. He believes that love is the most important »ingredient« of a brand success: »When you fall in love with your customers, you get to know their habits. But you have to make your love personalised; when you reach one person, only then you can turn your customers into fans.«

Bela Szabo, Strategy and Innovation Director, DDB, notices that advertising became culture: »It is everywhere but we do not even realise it«. In his words, the internet has revealed the dark side of brands and their fake messages. »The new credibility and new race for people’s time with the brand have occurred«. He advised to advertisers to regain credibility that is worth the time of people and underlined that remarkability and mattering are the new focus of influential brands. 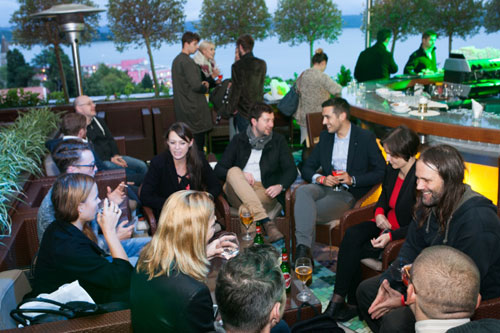 »I’m a brandoholic and my addiction gets even stronger not weaker,« confessed Nick Kendall, founding partner of Broken and the author of the book What is a 21st century brand? In the book he compares brands in the 70’s and in the 21st century. If the brand was built around personality in 1971, it is built around community now. »The big megabrand behind all the changes is that we see brand as a community,« said Kendall.

Dr. Kıvılcım Kayabalı shared some scientific proofs that the digital revolution transformed human brains. “Humans adapt. It’s what we do better than every other species. Because of internet we become superficial in our thinking and we lost the ability to think deeply,« stressed the Turkish scientist.

Paul Brazier, Chief Creative Officer & Chairman, AMV BBDO, talked about the development of their agency which had undergone a huge transformation from a print agency to television agency and now to the most awarded digital agency in UK. »We are still in the business of behaviour change. That did not change in the last 30 decades that I am in this business,« said Brazier and quoted Albert Einstein: »Imagination is more important than knowledge.«

Colin Nagy, Executive Director of Media and Distribution, The Barbarian Group, believer that the modern brand is the aggregation of countless experiences. He underlined the problem of ad blocking and appealed to the audience to create things that people won’t block. »It takes time and effort to build and create content that feels harmonious to its environment,« said Nagy and stressed finesse which is required to mix a brand message with something interesting. »Your audience is very smart, don’t dupe them,« said Nagy. 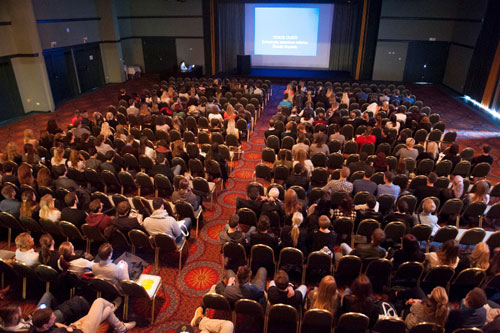 In a panel titled »Can a story transform brand, people and industry?« moderated by Uroš Goričan, Creative Director, Publicis Groupe Slovenia, Jason Romeyko Executive Creative Director, Saatchi&Saatchi, Johann Laeschke, General Manager, VIRTUE Worldwide Germany, and David Kušanić, Marketing Communications Manager, Renault, showed some great examples of branded content that their agencies produced. Romeyko presented the HIV+ issue of Vangardist Magazine, which gained a lot of media attention in Austria, Kušanić showed two very successful campaigns in Adriatic region, Twingogirls and Z. E. Taxi, while Laeschke shares some thoughts about millennial generation that their agency (and its mother company VICE Media) focuses on. »Authenticity is of critical importance for millennials. It is all about experience for them and they would rather spend their money on experiences than stuff that is popular. They would like to have a job that would make a difference; and making a difference means participating. If you give them meaning, they will participate with you,« said Laeschke.

Golden Drum Festival, visited each year in Portorož by over 800 experts in the field of marketing, advertising, creatives, designers, young talents and students will this year go under the theme “Transformation, liberation and creative culture”, while offering the biggest overview of creative advertising from the 37 countries of New Europe.