Today, 6 October 2011, at 20.30 (GMT+1) at the Single Channel Awards Ceremony the Golden Drum’s Single Channel Jury announced the first winners of this festival. A total of 34 Silver Drums, 27 Golden Drums and 8 Grand Prix Awards were presented to the best works entered this year.

At the Press Conference, Stefan Schmidt, President of the Single Channel Jury, welcomed the Golden Drum Festival’s decision to change the structure of the competition because it now derives from the way agencies and clients interact together. When solving a problem, an advertising agency may be called upon to find the best creative solution for one communication channel or, if required, a creative solution for the best integration of many channels. When comparing agencies from Western Europe with agencies from New Europe, Stefan said: “It is hard to decide which part of Europe is more or less creative. It is true that the Western part has more experience, more years of practice in creative industry and bigger budgets, but New Europe has the advantage in creating works that are completely different than anything else now available to the Western market.”

Stefan has expressed his satisfaction with the fact that this year, a lot less “scam” ads were entered in the Golden Drum Competition. According to him, entrants from New Europe are starting to realise in greater extent the damage that they are creating for the creative industry. And the fact is that juries at advertising festivals are left cold when judging such works. That is why these kinds of entries are not so successful anymore, compared with other ads. In the end, Stefan said: “Advertisers are horrible, when competing! There are no common standards when judging creativity. What is successful in Paris isn’t necessary successful in Bucharest and vice versa. An entry that receives recognition at the Cannes Festival isn’t necessary successful at the Golden Drum Festival.”

Second day started with an overview of the Intercontinental Advertising Cup competition from Jure Apih where the best from Golden Drum Festival have the privilege to participate. Michael Conrad from Berlin School of Creative Leadership talked about the importance of understanding culture and its differences while Alexey Fadeyev from Depot WPF Branding Agency talked about how to adapt your communication when entering different markets. Steve Henry, Creative Consultant, UK presented his rules for writing a great brief and the secret of lateral thinking. Audience were very interested when Steve answered questions like: What is the point of being creative? How do you sell great work to clients? and What makes Nike’s advertising so brilliant?

One of the highlights of the program was the debate about how to measure efficiency and true effect of media, what mistakes we have to avoid and how to create perfect cooperation with a media research agency, moderated by Vesna Marđonović, Media Director CEE at GlaxoSmithKline Consumer Healthcare with guests Andraž Zorko, Partner, Valicon, Slovenia, Dariusz Janczewski, Managing Director Media Direction OMD, James Kent, Analytics Research Specialist, MPS at Google, London, United Kingdom and Jim Kite, Strategic Development Director, Starcom MediaVest Group EMEA.

After the Awards Ceremony, a bus took winners and everyone else to a true Balkan party with Magnifico in Concert at the beautiful Tartini Theatre in Piran. 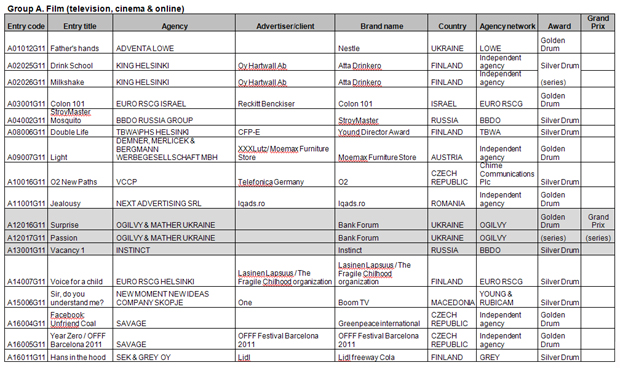 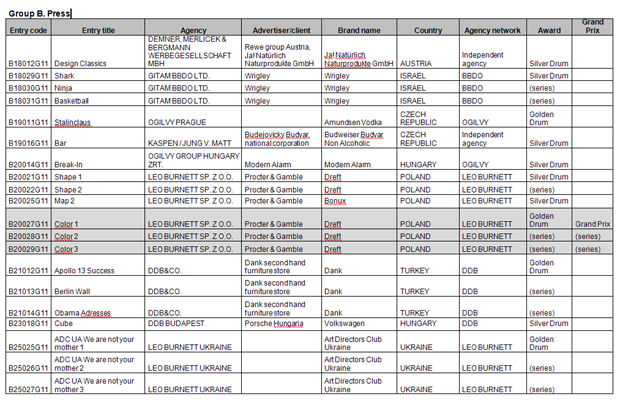 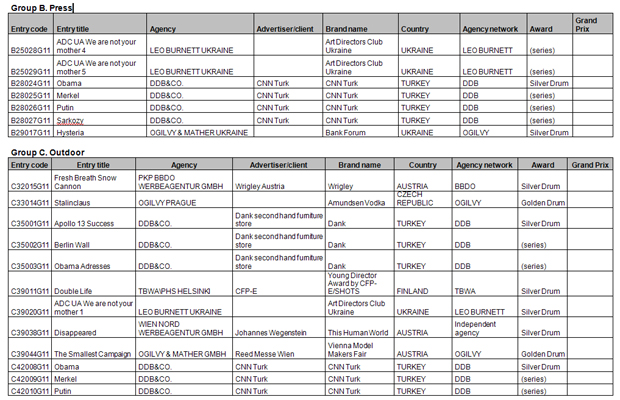 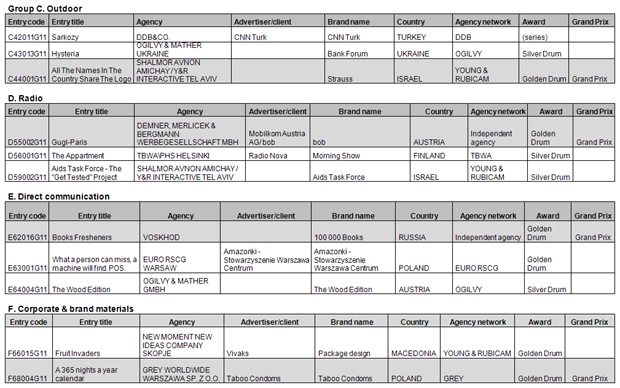 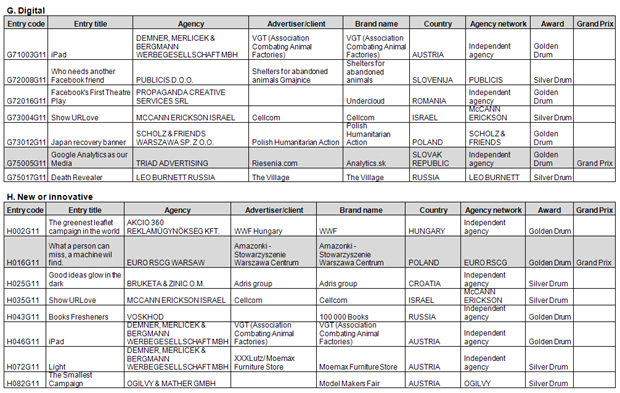