23rd Golden Drum International Festival of Creativity, which will take place from 18 until 21 October 2016 in Ljubljana, Slovenia, has announced the Final Entry Deadline: 13 September 2016.

This year’s entries, entered in one of the highest ranked competitions for creative awards, will be judged by two juries of 22 top internationally recognized experts from creative industry. 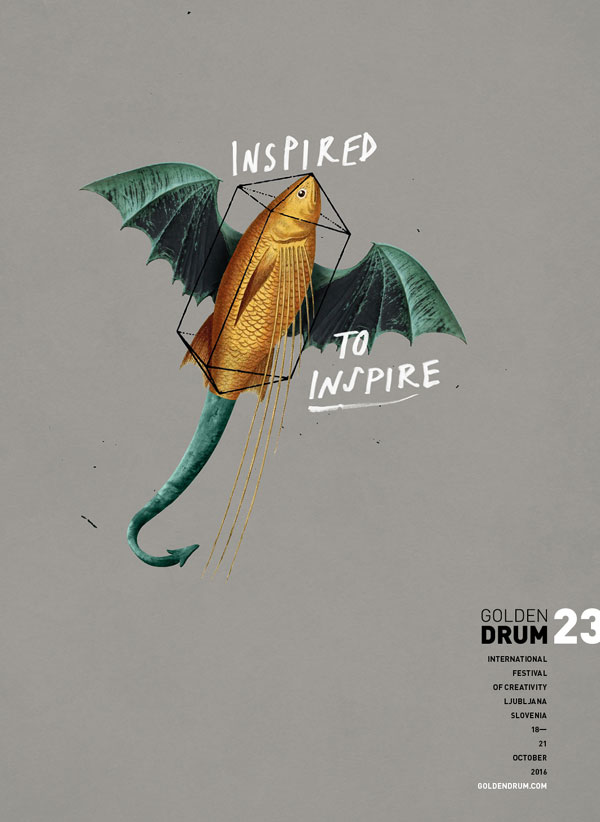 “I have very high expectations. The work from this region is always extremely insightful and well crafted. I will be looking for breakthrough ideas; ideas that challenge the conventions and are executed with incredible craft,” says Graham Lang, Chief Creative Officer, Y&R Advertising, South Africa & Africa, Golden Drum Best Piece Jury President.

23rd Golden Drum has announced many novelties in its competition this year as the both competition sections Best Piece and Best Practice have been completely revamped and a new competition group W. Capture of local spirit has been introduced for entries whose creative solutions were based on the local spirit of an area. A special novelty of this year’s competition also represent the regional Golden Drum Adriatic Awards, open for entrants from the Adriatic region.