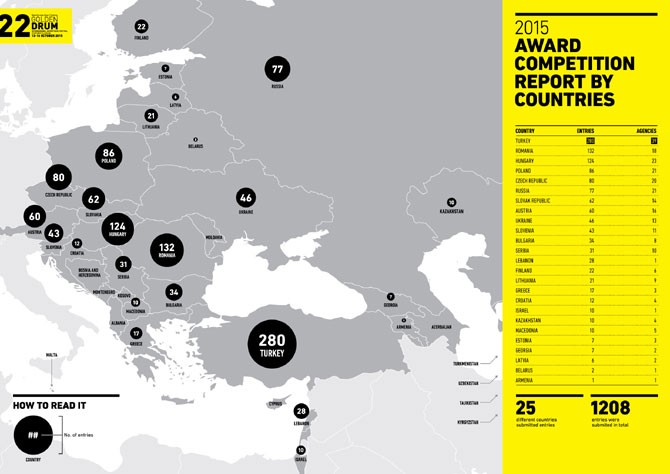 Area of 37 countries of North, Eastern, Central and South Europe, Russia and Middle East which each year compete in the Golden Drum Festival represents a market of over 400 million consumers – and only the best creative works get selected to compete for Golden Drum Awards. 17 Grand Prix Awards Golden and Silver Drums, Golden Rose, Tartini Award, Golden Net, Brand Grand Prix, Good Cause Grand Prix Award, Virtuoso Awards and Golden Watch Award will be awarded to the best entries.

26 networks, 255 agencies from 25 countries have entered 1208 entries in the 22nd Golden Drum Competition this year. 396 entries in this year’s competition were submitted by independent agencies which will make the race for Tartini Award one of the most exciting yet! The Single Channel showed an important growth in two groups this year as group A. Film received 32 percent more entries while group G. Digital had a 19 percent growth. All groups in the Multi Channel section have shown growth with a total of 13 percent more entries submitted this year, which indicates an important development of creative communication campaigns and a continuing strategic shift in agency work this year (last year Multi Channel section received 12 percent more entries than in 2013). Both groups for new and innovative in Single and Multi Channel sections have seen growth this year (14 percent in group N and 39 percent in group X respectively) which can be interpreted as a very good sign for the creative industry. 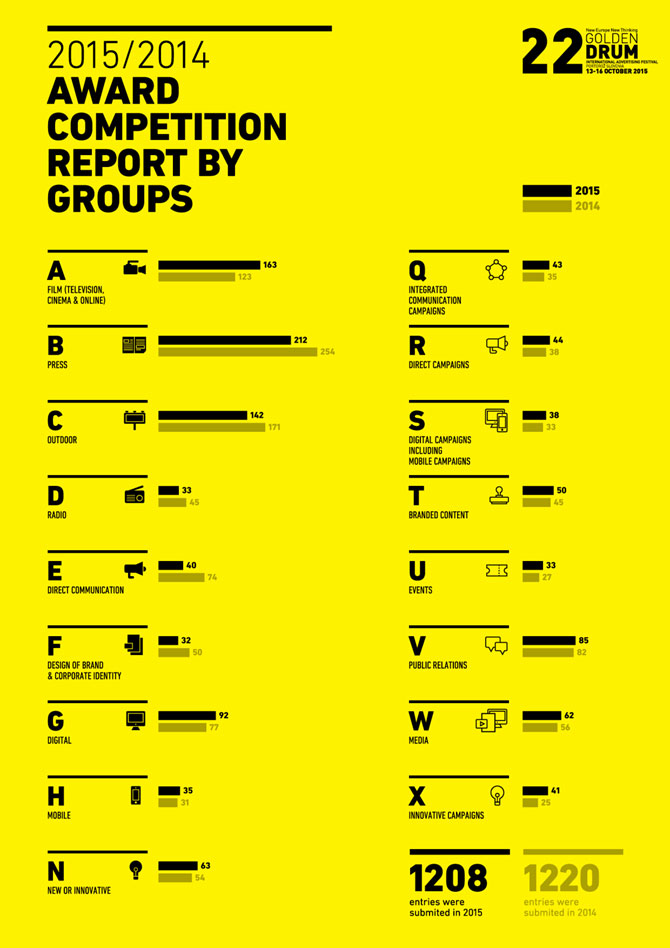 Golden Drum competition especially welcomes Georgia and Armenia as the two new entrant countries this year and the important and steady growth of entries from Turkish agencies which have entered 280 entries this year (184 in 2014, 143 in 2013 and 77 in 2012); indication of great potential and a strong will to become the most successful entrant country at 22nd Golden Drum.